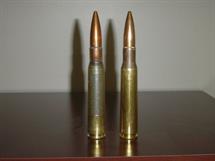 Next article
Expodefensa 2019: Saab says Colombia wants new fighters, in a break from past practice

Tank testing at MARIN has demonstrated the launch and recovery of USVs in conditions of up to sea state 5/6. (Naval Group)

Tank testing undertaken at the Maritime Research Institute Netherlands (MARIN) test facilities in Wageningen demonstrated the launch and recovery of USVs in simulated conditions of up to sea state 5/6, the company said in a 29 November statement. The new LARS has been specified to launch and recover the ECA Inspector 125 USV on board the Belgium/Netherlands (BE/NL) future mine countermeasures (MCM) motherships.

Belgian Naval & Robotics – a French industrial grouping of Naval Group and underwater systems and robotics house ECA Group – was in March 2019 selected to deliver the BE/NL future MCM programme. A contract valued at almost EUR2 billion (USD2.2 billion) was awarded on 22 May.

Belgium and the Netherlands will each procure six 2,800-tonne motherships designed to support offboard MCM operations. These 81.4 m steel-hulled vessels, to be built in Brittany by Kership (Naval Group’s joint venture with commercial shipbuilder Piriou for quasi-military/security vessels up to 95 m in length), will operate in conjunction with toolboxes using unmanned/autonomous vehicles drawn from ECA’s own UMIS offboard MCM suite.

The mothership design has LARS systems installed port and starboard slightly aft of midships, close to the ship’s centre of gravity. Each LARS consists of a pivoting A-Frame davit, with the Inspector 125 USV – weighing up to 18 tonnes – housed within a floating cradle.

Two Belgian companies have been selected by Naval Group and Kership to supply equipment for new mine...