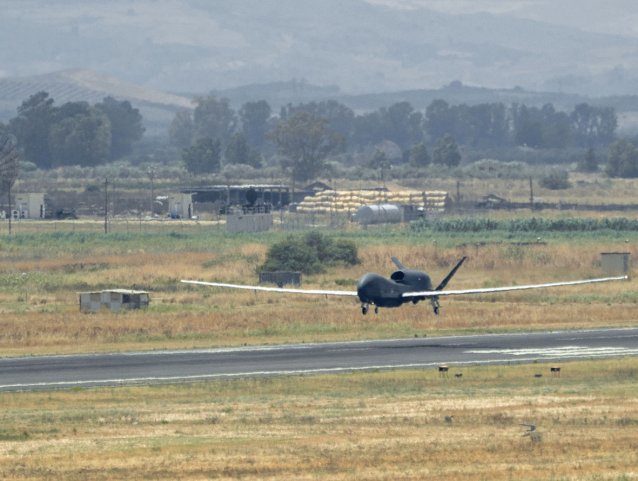 The delivery of aircraft NATO-03 from Edwards Air Force Base (AFB) in California into Main Operating Base (MOB) Sigonella on the island of Sicily took place on 15 July, and is the latest milestone in the ramp-up of the AGS capability that should see initial operating capability (IOC) declared by the end of the year.

This third aircraft will now undergo a system level performance verification phase before being officially handed over to the NATO AGS Force. The final two aircraft are scheduled to arrive at MOB Sigonella in the coming weeks, with IOC to follow by the end of 2020.

Built around five RQ-4D high-altitude long-endurance (HALE) UAVs that are derived from the Global Hawk Block 40 aircraft, the AGS programme is designed to provide NATO member nations with a persistent and near real-time, all-weather, wide-area terrestrial, and maritime surveillance system in support of a range of missions, such as the protection of ground troops and civilian populations, border control, maritime safety, and humanitarian assistance.