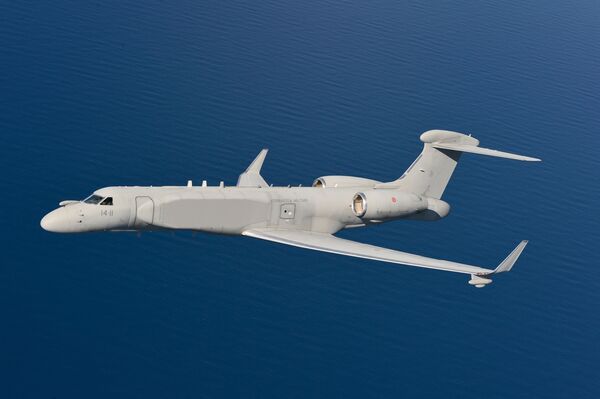 One of the G550 CAEW aircraft IAI-Elta delivered to the Italian Air Force. (Aeronautica Militare)

Israel Aerospace Industries (IAI) announced on 21 July that it signed a contract worth more than USD200 million to provide a European NATO member with an unspecified number of special-mission aircraft developed by its Elta subsidiary.

A company source told Janes that the contract is part of a larger deal, but declined to identify the country or provide details of the aircraft at the time of publication.

It has supplied the Israeli Air Force with the Eitam AEW&C and Shavit SIGINT aircraft, and is working on the new Oron intelligence-gathering platform. All use the Gulfstream G550 business jet, but the company also offers special mission aircraft based on Bombardier and Embraer platforms.

The source noted IAI-Elta's focus on developing systems that can be carried by business jets, rather than passenger or cargo aircraft, making them more affordable. “Our strength lies in the fact that we were the first to identify this trend and we made a range of solutions available to the market,” he said.

He added that the company has offered active electronically scanned array (AESA) since the early 1990s, long before other companies. “This is the heart of the mission aircraft,” he stated. “The second component is artificial intelligence. We are in co-operation with start-ups in Israel in developing this. Hence, in my view, we provide our clients with very significant added value.”

Israel Aerospace Industries (IAI) announced on 21 July that it signed a contract worth more than USD...