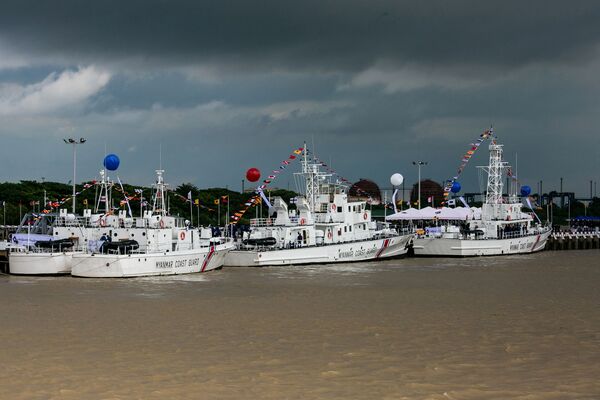 The agency was inaugurated on 6 October at Thilawa Port in Yangon. Brigadier General Ko Ko Kyaw has been appointed as the service's director general.

The Myanmar Coast Guard was launched with an initial fleet of four patrol vessels that were previously in service with the Myanmar Navy.

Among these were the vessels bearing the pennant numbers P 311 and P 312. Janes satellite imagery analysis suggests that P 311 is a 47 m coastal patrol craft, while P 312 is a missile patrol craft with the same overall length.

Each vessel displaces approximately 213 tonnes, and has a breadth of 7 m, and a draught of 1.7 m. The platform is powered by two diesel engines, and it can attain a top speed of 30 kt. Each vessel can accommodate a crew of 41.

The patrol boat is fitted with two twin-barrelled Type 61 25 mm/80 deck guns, one each in the fore and aft sections. Each vessel is also equipped with two 14.5 mm machine guns in the upper deck of its wheelhouse.

The vessel's suite of sensors includes two Furuno I-band radars installed on its mast tower, and a FLIR electro-optic (E/O) system. The vessel can accommodate one davit-launched rigid hull inflatable boat in the aft section.