Next article
US Navy seeks next generation LBS-G system 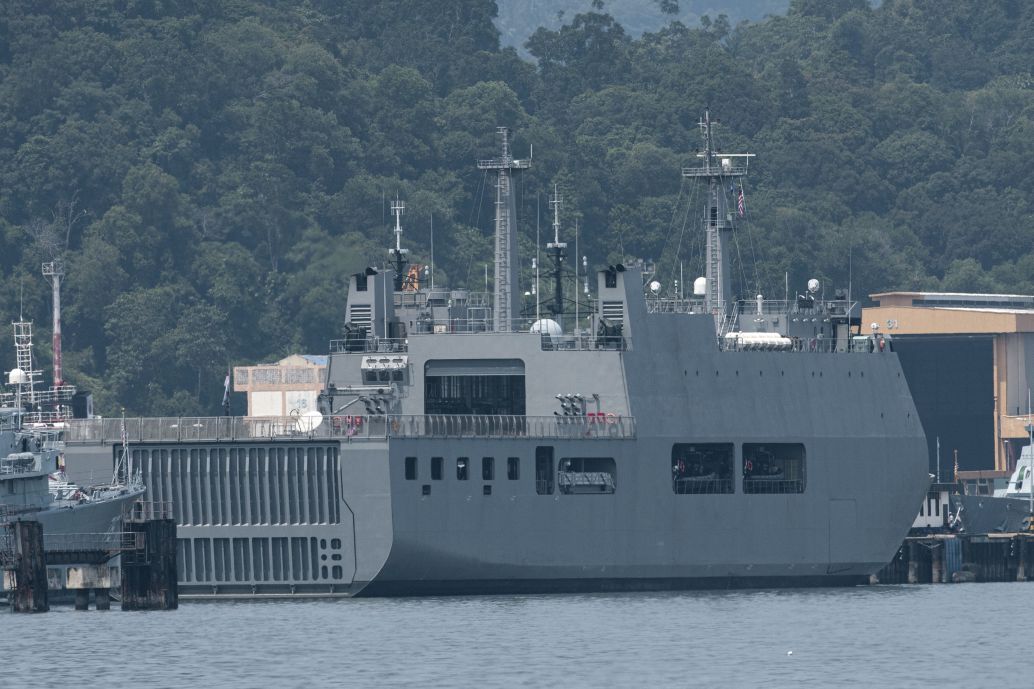 UMS Moattama, which is being used to deport Myanmar migrants from Malaysia, is seen docked at a jetty in Lumut. (Mohd Rasfan/AFP via Getty Images)

Myanmar Navy has deployed its sole amphibious landing platform dock (LPD) to Malaysia on a repatriation operation that will test the vessel’s mass evacuation capabilities.

The vessel, UMS Moattama (1501), was seen at the Royal Malaysian Navy’s (RMN’s) Lumut naval base on 22 February. It was accompanied by the Kyan Sit Thar-class frigate, UMS Sin Phyu Shin (14), and the auxiliary support ship, UMS Thanlwin (AH-02). The LPD is scheduled to repatriate a total of 1,086 Myanmar nationals who are said to have arrived in Malaysia illegally.

Moattama is a 122 m LPD that was commissioned in December 2019. The vessel was launched in Busan, South Korea around July 2019, and is largely similar to the Makassar-class LPDs supplied by DAE SUN Shipbuilding and Engineering Company to Indonesia and Philippines.

Displacing about 11,300 tonnes, Moattama is Myanmar Navy’s largest vessel yet. It has a flight deck that can accommodate two medium Mil Mi-17 transport helicopters. Additionally, the vessel can also carry 15 armoured vehicles and a contingent of 250 marines.

Myanmar Navy has described the amphibious ship as a “multipurpose support vessel” that can support the service’s humanitarian assistance and disaster relief (HADR) capabilities. Besides transporting military personnel and equipment missions, the vessel is also equipped with medical facilities.

Myanmar Navy has deployed its sole amphibious landing platform dock (LPD) to Malaysia on a repatriat...

The Malaysian Maritime Enforcement Agency (MMEA) has opened fire on a group of Vietnamese fishermen ...