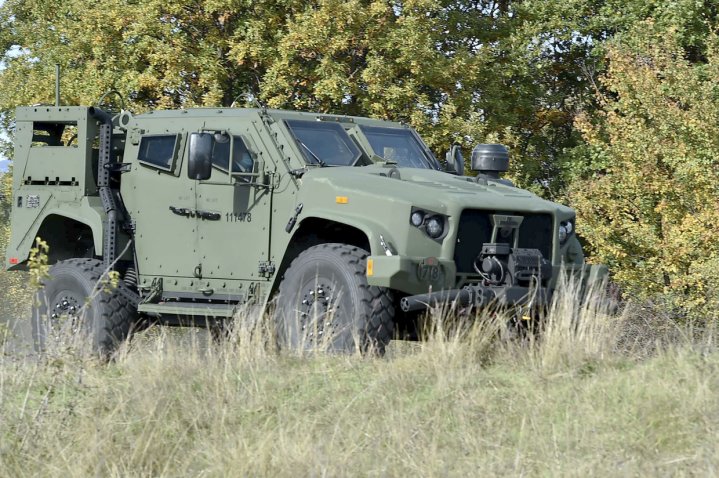 “We are the first European nation to have received the Oskhosh vehicles. The first five arrived on 27 October, with an additional 15 to follow on 5 November,” Bošković said, adding that the delivery of all 67 vehicles on order would be completed in 2023. According to Bošković, the vehicles will equip two NATO-declared units: the 1st Infantry Company in Nikšić and the 2nd Infantry Company in Pljevlja.

The handover came two weeks after the VCG on 12 October presented one of the first four Elbit Systems Overhead Remote Controlled Weapon Stations (ORCWSs) it received for Montenegro’s JLTVs, also at Milan Šaranović barracks. The ORCWS is designed to be mounted on the JLTV without roof penetration, and the one shown in Danilovgrad was armed with a single M2A1 50-cal machine gun, six smoke-grenade launchers, and a fully integrated electro-optical system featuring high-performance long-range day/night cameras.

Bošković and US ambassador to Podgorica Judy Rising Reinke signed the USD36.2 million deal for 67 JLTVs in October 2019.