Montenegro has received the first of two Bell 505 JetRanger X helicopters it ordered earlier this year. 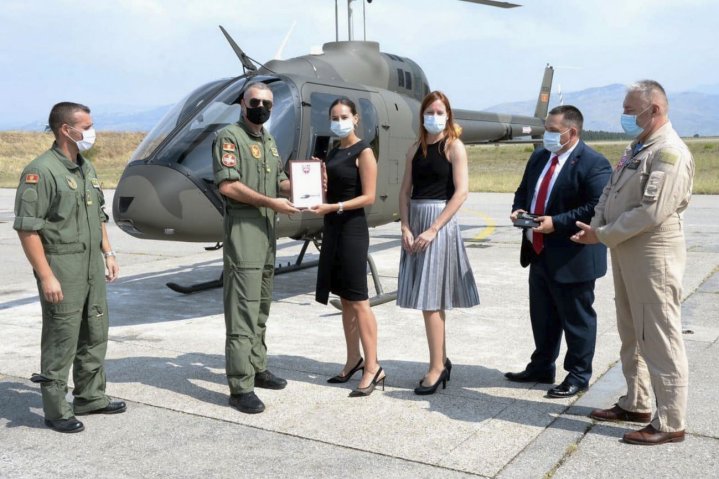 The Montenegrin Air Force has received the first of two contracted Bell 505 helicopters, with a further two expected to be signed for in 2021. (Bell)

A delivery ceremony for the single-engine light utility helicopter was held in Montenegro on 15 September, following technical acceptance trials that took place in July.

The Montenegrin Ministry of Defence (MoD) signed the EUR3.26 million (USD3.6 million at the time) contract in May with the Canadian Commercial Corporation (CCC) to equip the Montenegrin Air Force (VVCG) with two Bell 505s. The sale was facilitated by the CCC through a government-to-government contract and the helicopters were manufactured by Bell Textron Canada at its facility in Mirabel, Quebec.

As previously noted by the Montenegrin daily newspaper Pobjeda , a further two 505s will be procured in 2021 to bring the total fleet to four helicopters.

Montenegro has received the first of two Bell 505 JetRanger X helicopters it ordered earlier this ye...