US Navy Admiral Philip Davidson, the commander of the US Indo-Pacific Command (USINDOPACOM), has warned that the “greatest danger” facing the United States in the Indo-Pacific region is the “erosion of conventional deterrence capabilities vis-à-vis China”.

Testifying before the US Senate Armed Services Committee on 9 March, Adm Davidson warned that “without a valid and convincing conventional deterrent”, China “will be emboldened to take action in the region to supplant US interests”, adding that as the military balance in the Indo-Pacific becomes “more unfavourable” to the US, “we are accumulating additional risk that may embolden our adversaries and competitors to attempt unilaterally changing the status quo”.

”Our deterrence posture in the Indo-Pacific must demonstrate the capability, the capacity, and the will to convince Beijing unequivocally, the costs of achieving their objectives by the use of military force are simply too high,” he said.

In this context, he expressed concern that China’s rapid military modernisation along with its “increasingly assertive military posture to exert pressure and expand its influence across the region” appears to be geared towards “aggression”.

“I see them developing systems, capabilities, and a posture that would indicate that they are interested in aggression … I cannot for the life of me understand some of the capabilities that they’re putting in the field, unless it is an aggressive posture,” he said, adding that he fears Beijing might attempt to seize control of Taiwan before the end of this decade. 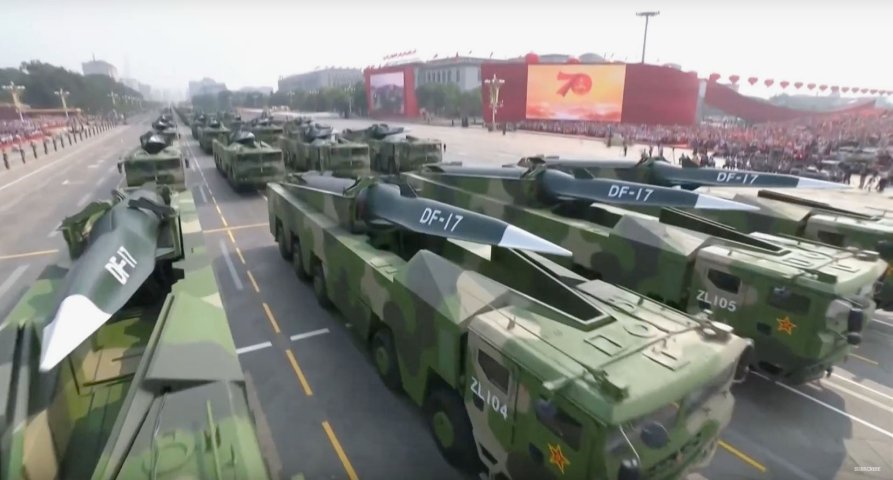 Chinese DF-17 ballistic missiles during a military parade held in Beijing on 1 October 2019. USINDOPACOM chief Adm Philip Davidson said on 9 March that the military balance in the Indo-Pacific region is “becoming more unfavourable to the United States”. (Via CGTN video footage)

US Navy Admiral Philip Davidson, the commander of the US Indo-Pacific Command (USINDOPACOM), has war...