In July 2020, a series of videos was released on social media in Mexico, depicting groups of heavily armed men claiming to belong to the so-called ‘Elite Group’ (Grupo Élite) of the Jalisco New Generation Cartel (Cártel de Jalisco Nueva Generación: CJNG). The first was released on 17 July, a day after Mexican President Andrés Manuel López Obrador visited the state of Jalisco, the home turf of the CJNG.

Founded in 2009, the CJNG is the most powerful and dangerous cartel in Mexico after the splintering of the infamous Sinaloa Cartel in 2008. On 26 June 2020, in its most brazen attack to date, more than two dozen suspected CJNG members attacked Mexico City Police Chief Omar García Harfuch in the Mexican capital. García Harfuch was wounded, two police officers and a passerby were killed, and 12 people were subsequently arrested. 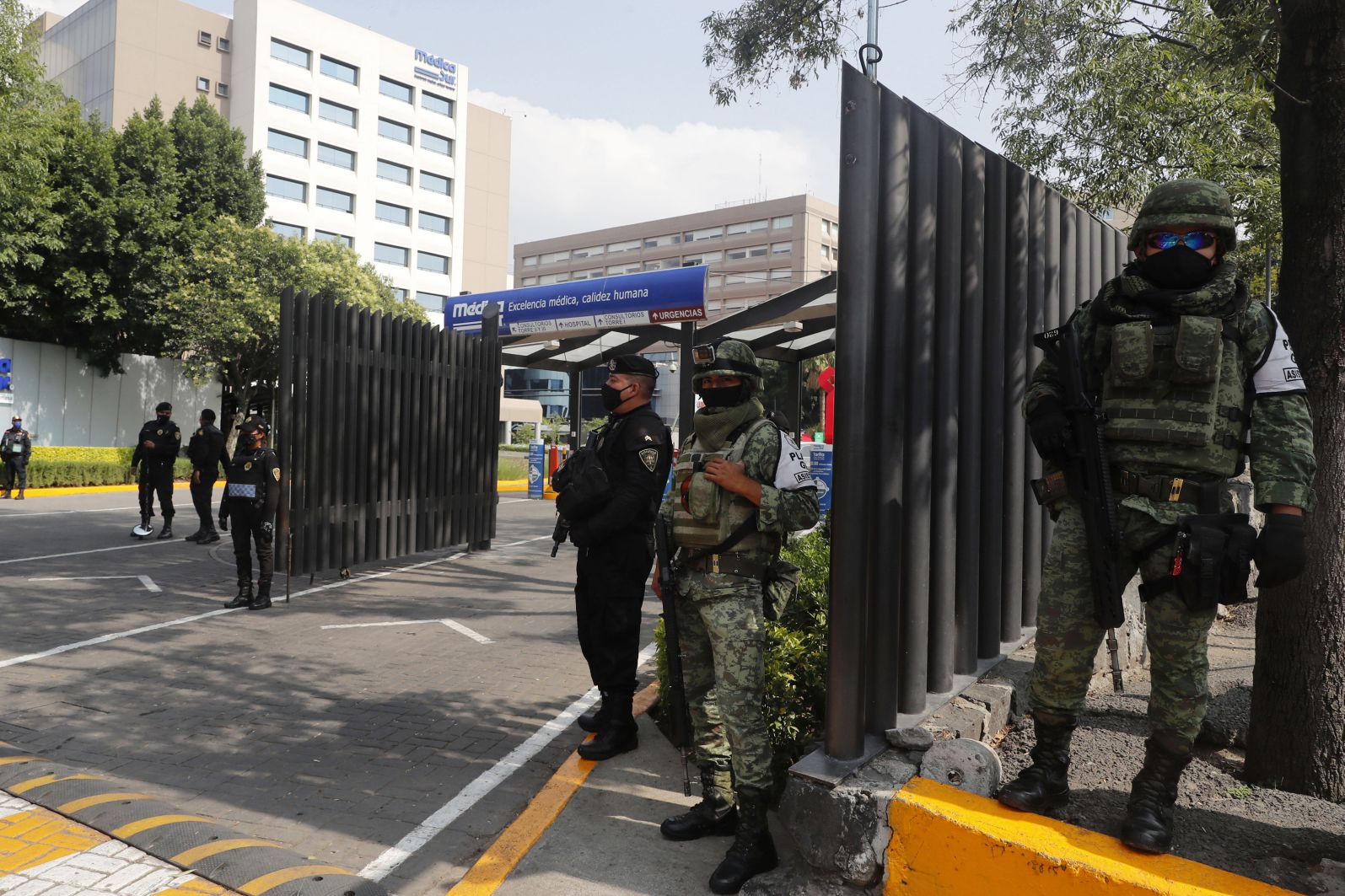 Mexican military troops and police officers guard the Médica Sur Hospital on 30 June 2020, where Mexico City's chief of police, Omar García Harfuch, was hospitalised after an assassination attempt by the Cártel de Jalisco Nueva Generación (CJNG). This was the most high-profile attack by the cartel, a sign of its increasing boldness in the face of the security forces. (Juan Carlos Williams/Eyepix Group/Barcroft Media via Getty Images)

In this first video released by the CJNG, at least 75 men in combat uniforms, armed with a mix of 80 different weapons, appeared alongside 19 vehicles, 12 of which appear to be armoured. Most of the vehicles were painted in a pixelated camouflage scheme and featured a weapon station for a support weapon. The vehicles were a mix of Dodge RAM, Hummer, Jeep Wrangler, Chevy Colorado, Ford Excursion, Ford F-150, and F-250 Super Duty.

In July 2020, a series of videos was released on social media in Mexico, depicting groups of heavily...