The Royal Malaysian Navy (RMN) has compiled a list of deficiencies that were observed while operating the first Keris (littoral mission ship)-class vessel, and is now in discussions with selected contractors to rectify them and prevent similar issues with the remaining hulls.

The Malaysian government signed a contract for four Keris-class patrol vessels with China Shipbuilding Industry Corporation (CSIC) in April 2017. It was Putrajaya’s first naval ship contract with Beijing, and the programme’s first-of-class, KD Keris (111), was commissioned in January 2020. 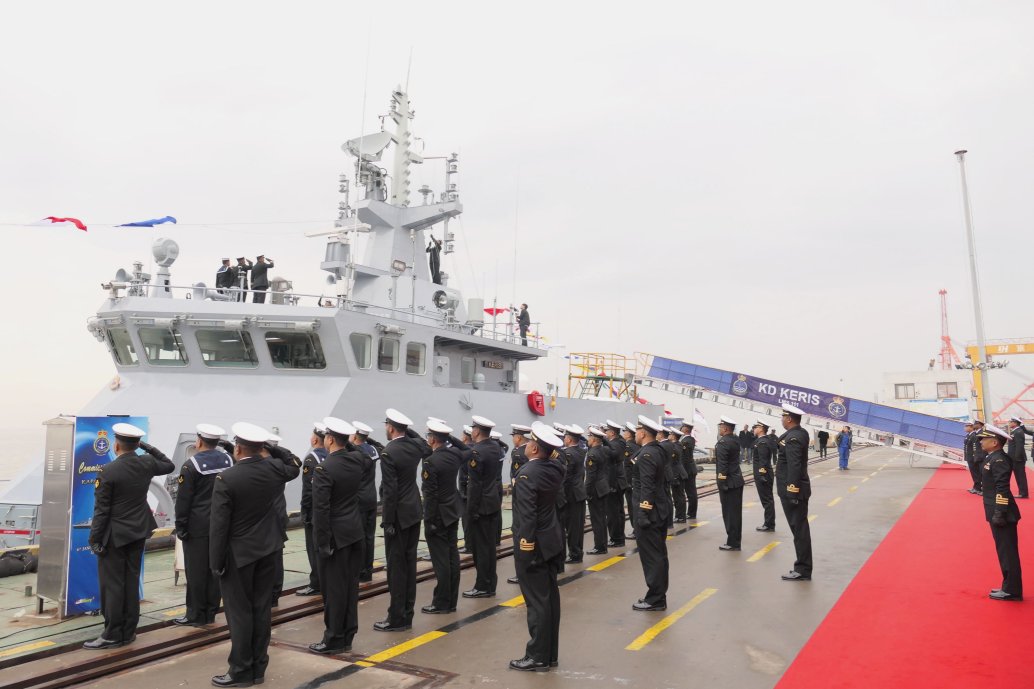 A list of the deficiencies encountered, which has been provided to Janes by an industry source with access to the discussions, suggests that the issues encountered by Keris largely revolve around its Chinese-supplied sensors and combat systems.

The vessel, which has an overall length of 68.8 m, is equipped with the OFC-3 electro optical tracking system (EOTS) from Huazhong Institute of Electro-Optics, the SR2405A air and surface search radar from the Nanjing Marine Radar Institute, and an electronic support measure (ESM) system from the Southwest Institute of Electronic Equipment of China.

The ship is also equipped with the VisionMaster FT 250 navigation radar from Sperry Marine, which incorporates an electronic chart display and information system (ECDIS) and an automatic identification system (AIS).

In terms of weaponry, the Keris class is armed with a CS/AN3 30 mm multi-purpose naval gun from the Chongqing Chang’an Industrial Group Limited in the primary position, and two CS/LM6 12.7 mm heavy machine guns from the Sichuan Huaqing Machinery Company Limited.

The Royal Malaysian Navy (RMN) has compiled a list of deficiencies that were observed while operatin...