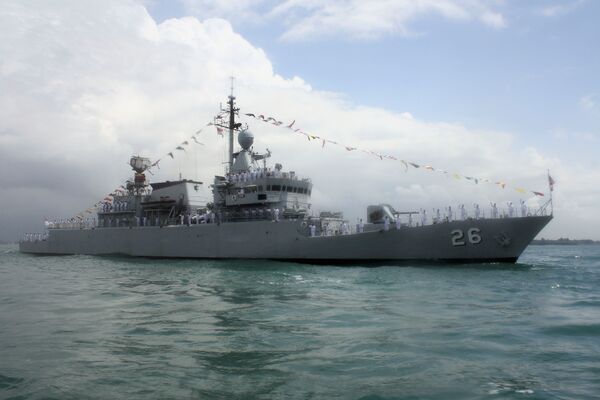 The Royal Malaysian Navy (RMN) has carried out a rare demonstration of its anti-surface capabilities in the South China Sea, with the firings of three Exocet missiles.

The firings, which also involved the first known launch of an anti-ship missile from the Kasturi (Type FS 1500)-class corvette, KD Lekir, since the ship completed its upgrade in 2014, was carried out on 12 August as part of Exercise ‘Taming Sari 20/21'.

“The successful test firings of these missiles, which were all on target, is a clear demonstration of the navy's professionalism, ability, and readiness to deploy our assets and defend the country,” said the RMN in a statement published via an official social media channel on 15 August.

Also involved in the six-day exercise include vessels and aircraft from the Malaysian Maritime Enforcement Agency (MMEA), and more than 1,080 personnel from the RMN, the MMEA, and the Royal Malaysian Air Force (RMAF), the service added.

Lekir, and its sister ship KD Kasturi, are both German-built, 1,800-tonne corvettes that were commissioned by the RMN in 1984. The vessels each underwent an extensive ship life extension programme (SLEP) at Boustead Naval Shipyard in 2009, and the upgrades include a new combat management system, 30 mm guns, and new optronics and torpedo launchers. Kasturi completed its SLEP programme in 2013, with Lekir

The Royal Malaysian Navy (RMN) has carried out a rare demonstration of its anti-surface capabilities...