Next article
Saudi spokesman says Yemeni prison was not bombed

Russia’s Kronshtadt Group displayed a new but unnamed medium altitude long endurance unmanned aerial vehicle (MALE UAV) at the MAKS 2019 aerospace and defence exhibition in Zhukovsky that was held from 27 August to 1 September. 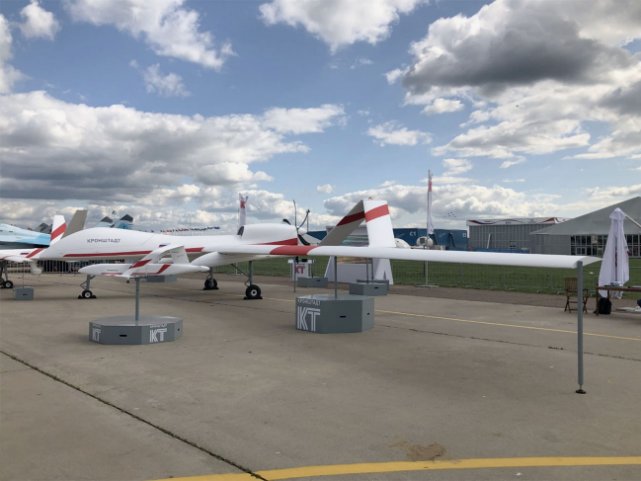 According to company specifications, the air vehicle has a maximum take-off weight (MTOW) of 5,000 kg and measures 13.6 m long, 3.6 m high, and features a rectangular straight wing that spans 30 m. It can carry a 1,000 kg payload.

Other physical features include a tricycle undercarriage, a six-bladed pusher propeller, an inverted V tail, and an over-the-fuselage intake.

The company stated that the air vehicle will be utilised for airborne patrols over the Arctic and Pacific oceans and for the monitoring of exclusive economic zones (EEZ). It can also be employed as a long-range cargo delivery platform.

Further details of its development and current status were not disclosed.

This article, first published 2 September 2019, is subject to a correction and has been amended.