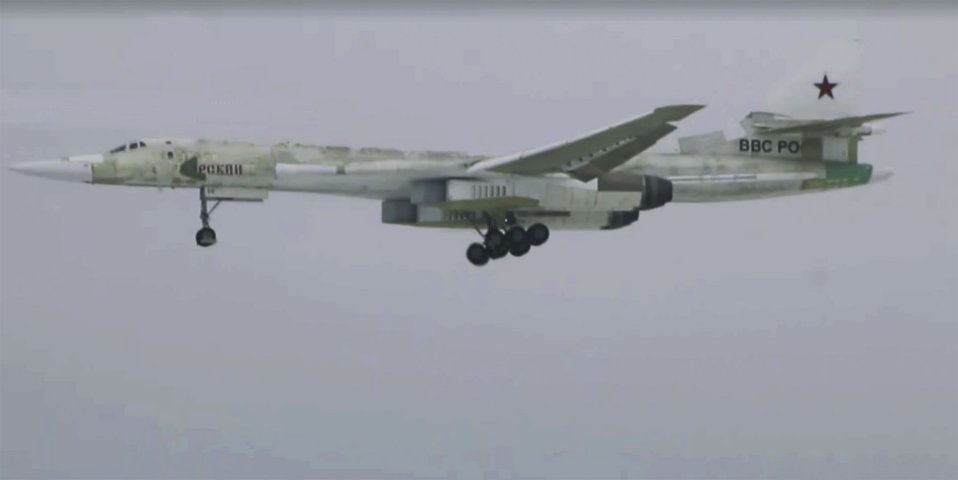 The flight took place at the Kazan Aircraft Plant and lasted 34 minutes with the aircraft reaching an altitude of approximately 5,000 ft. The video of the flight was released by the Ministry of Defence (MoD) of the Russian Federation on 6 February.

As noted by the MoD, the first upgraded aircraft are due to be received by the Russian Air Force in 2021.

The Tu-160 first entered into Soviet service in the late 1980s. Since then the swing-wing supersonic bomber has undergone several upgrades, including in the early 2000s a bolstering of the aircraft’s nuclear armament with the capacity to carry 12 conventionally armed Raduga NPO Kh-555 (AS-15 ‘Kent’) long-range cruise missiles and laser-guided bombs.

The Tu-160M upgrade is being rolled out in two phases, with the first Tu-160M1 phase comprising the new K-042K-1 navigation system and ABSU-200-1 autopilot, as well as the removal of some previous systems, such as bomb sighting systems. This Tu-160M1-variant has been operational with the air force since late 2014.