Hungary signed an agreement on 9 September worth over EUR2 billion (USD2.4 billion) with Rheinmetall for 218 Lynx KF41 infantry fighting vehicles (IFVs) and to establish a new facility to develop, assemble, and manufacture them near Zalaegerszeg, western Hungary, and a separate test range. The contract was signed in Budapest by Rheinmetall CEO Armin Papperger and Ferenc Korom, commander of the Hungarian Defence Forces. 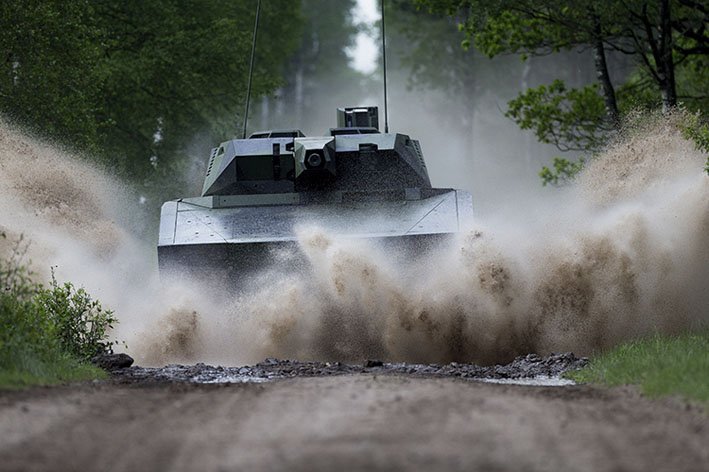 Hungary is procuring 218 Lynx KF41 IFVs, 146 of which it will produce. (Rheinmetall)

Hungarian Minister for Innovation and Technology László Palkovics said on 10 September that the total estimated cost of the production and test facility in the Zalazone industrial park is HUF60 billion (USD200 million).

The test phase of the new factory is scheduled to start in 2022, with full-scale production commencing in 2023. Rheinmetall will hold a majority stake in the joint venture. Hungary’s contribution to the project will be the establishment of the production facility as well as a centre of excellence (COE) for the development, production, and maintenance of armoured vehicles.

The first 46 Lynx KF41s will be produced in Germany, with the participation of Hungarian personnel as part of their training. During the first phase of production, Hungary will also receive nine Büffel (Buffalo) armoured recovery vehicles built in Germany, with delivery to be completed by the beginning of 2023. The remaining 172 IFVs are to be manufactured in Hungary. The Lynx KF41 IFV ordered by Hungary will have a manned 30 mm Lance turret developed by Rheinmetall and produced by its Military Vehicle COE in Brisbane, Australia, for Australian Boxer armoured vehicles.

Hungary signed an agreement on 9 September worth over EUR2 billion (USD2.4 billion) with Rheinmetall...