A second batch of three Lürssen-built patrol boats on order for the Egyptian Navy arrived at the port of Alexandria aboard the heavy-lift ship Rolldock Sun on 14 February, according to AIS data. 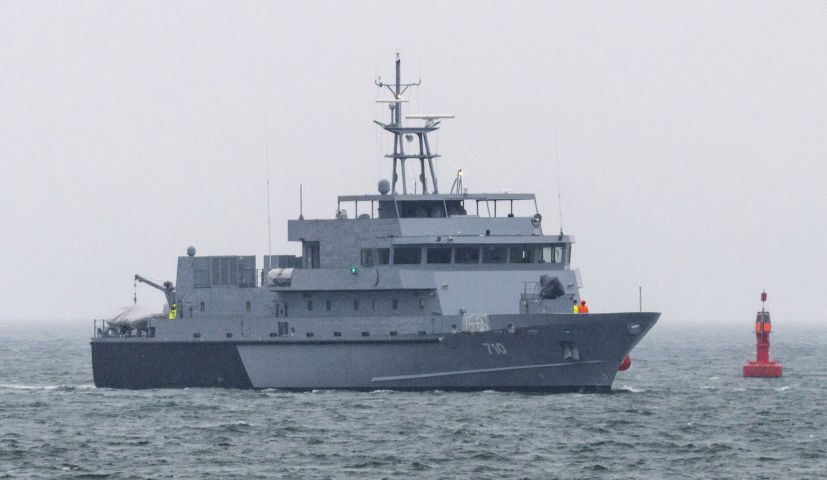 The 60 m coastal patrol vessel sails into Mukran port on 19 January 2021 ahead of its delivery to the Egyptian Navy. (Jens Koehler)

The vessels, which were dispatched from the German port of Mukran on 28 January onboard Rolldock Sun, include two 40 m OPB 41 (previously marketed as the CSB 40) coastal patrol craft bearing the pennant numbers 705 and 706, and a 60 m patrol boat bearing the pennant 710.

The vessels originally formed part of the Saudi Arabia Border Guard’s order for 35 patrol boats before an arms embargo imposed by the German government – stemming from the murder in 2018 of Jamal Khashoggi in the Saudi consulate at Istanbul – went into effect in November 2018.

By then, Lurssen had delivered 15 of the 40 m patrol boats to Saudi Arabia and its Peene Werft yard was readying the 60 m patrol boat and six 40 m hulls for sea trials.

A second batch of three Lürssen-built patrol boats on order for the Egyptian Navy arrived at the por...