The Brazilian Navy’s new submarine rescue ship NSS Guillobel (ex-Adams Challenge) is able to operate in mild glacial temperatures, which will enable it to support some Antarctic missions, the service told Janes. 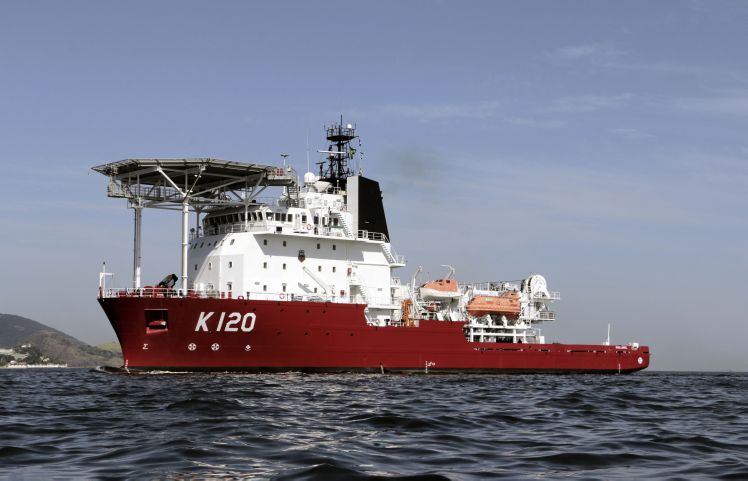 A Brazilian Navy spokesperson told Janes on 5 June that certain features of the hull design as well as auxiliary machinery will enable the vessel to operate in mild glacial temperatures such as those recorded in the Antarctic summer. These limited features will offer some mission flexibility that will enable Guillobel to support the Brazilian Antarctic Program (PROANTAR) under specific conditions, the spokesperson said.

The materials used for the construction of the vessel enable operations in cold waters up to 5°C and in ambient shade temperatures as low as –10°C, which enabled the navy to adopt the red-white paint scheme that will increase the chances for the vessel to be used in Antarctic missions. The vessel is designed with the classification requirements for side-impact, has a flared bulbous bow, a transom stern, a round bilge hull, and a double plate skeg in the centreline aft.

NSS Guillobel was commissioned into service with the Brazilian Navy on 12 May. It was acquired by Brazil in October 2019 to support its new submarines being built under the PROSUB programme and to replace its existing submarine rescue vessel Felinto Perry. It was built by Spain’s Balenciaga Shipyard in 2009 and previously operated by Bahraini company Adams Offshore under the name Adams Challenge

The Brazilian Army has recently released its strategic plan paper covering the period from 2020 to 2...