Development work had been carried out under a two-year public-private joint venture, called ‘The Coastal Security and the Rapid Response Unmanned Surface Vehicle Civil-Military Technology Commercialization Support Program', between 2019 and 2021. 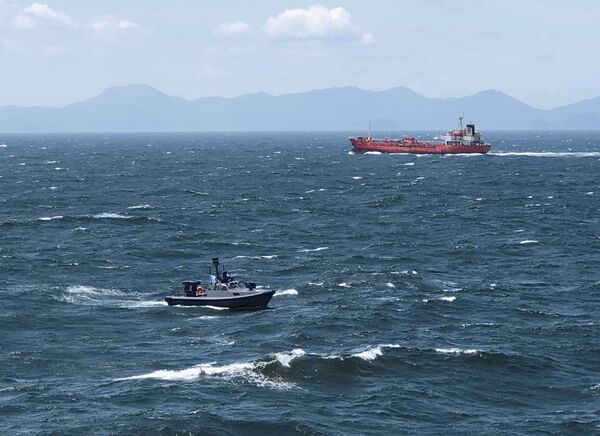 The USV has been optimised for coastal operations and can be used to perform various types of missions with the appropriate mission equipment, including a surveillance and reconnaissance suite. It will also incorporate artificial intelligence (AI)-driven autonomous navigation/obstacle avoidance technology.

It was put through a seaworthiness trial in May, proving its ability to operate without supervisory personnel aboard in conditions of up to Sea State 4.

However, Sea Sword 3 can optionally carry up to eight personnel, while Sea Sword 2 can only accommodate up to two personnel.

In terms of weapons, Sea Sword 3 can be equipped with a remote-controlled weapon station (RCWS) armed with a 12.7 mm heavy machine gun and a 2.75-inch calibre-guided rocket launcher towards the stern, unlike the preceding Sea Sword 1 and 2 designs.