On 6 November, the US Department of the Treasury sanctioned Gebran Bassil, head of the Free Patriotic Movement (FPM) – the leading Christian party in Lebanon and close ally of the powerful Iran-backed Hizbullah – under the 2016 Global Magnitsky Act. Bassil, the son-in-law of President Michel Aoun and presidential aspirant, is the most notable figure outside Hizbullah to have been designated to date in Lebanon. Significantly, he was sanctioned for alleged corruption rather than for the FPM’s 14-year alliance with Hizbullah.

Nevertheless, Lebanon appears to be closer to the formation of a new government under Prime Minister-designate Saad Hariri. Any new government will face the challenge of reversing a severe economic decline that threatens further instability and a fresh exodus of refugees towards Europe.

Unemployment continues to rise a year into the country’s worst economic crisis in its history, exacerbated by Covid-19 shutdowns. Government subsidies on vital imports such as diesel, petrol, wheat, and medicines are likely to end by early 2021, causing spiralling prices amid a 70% currency depreciation since March 2020. Panic-buying ahead of the cessation of subsidies has led to medicine shortages that are compounded by cross-border smuggling into Syria, where both fuel and medicines make sizeable profits in the Syrian black market. 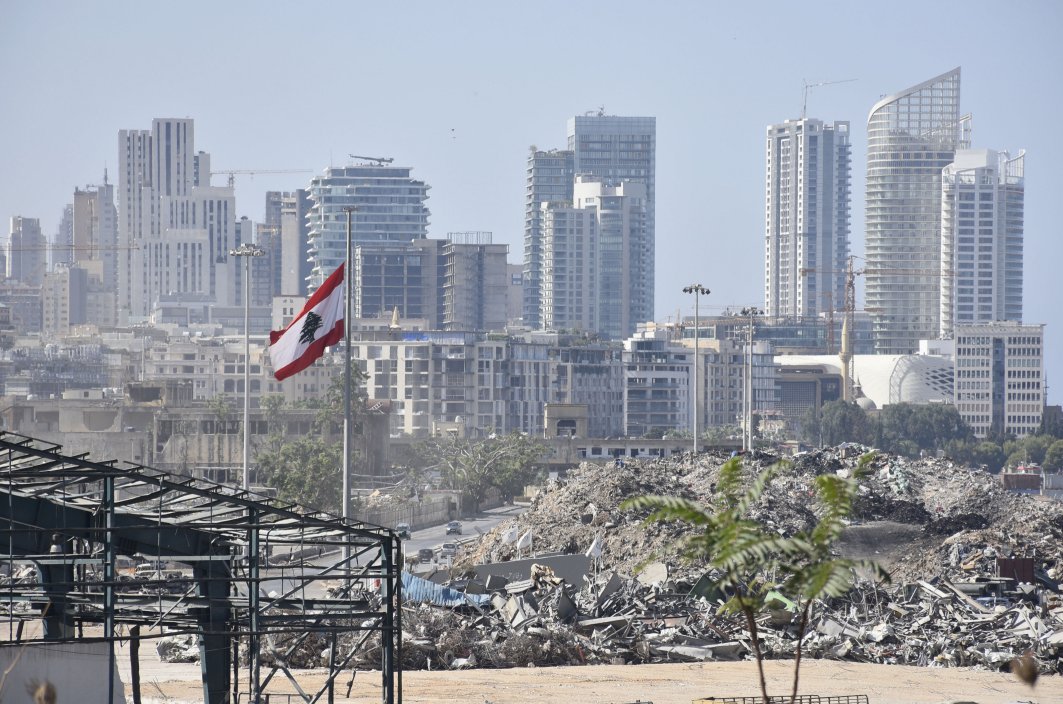 A view of wreckage on 7 November 2020 at the site of the 4 August explosion in the port of Beirut. Lebanon’s government has been incapacitated since the then prime minister Hassan Diab resigned after the explosion. (Mahmut Geldi/Anadolu Agency via Getty Images)

On 6 November, the US Department of the Treasury sanctioned Gebran Bassil, head of the Free Patrioti...

Between August and October 2020, Israel concluded ‘normalisation’ agreements – brokered by the Unite...