Lockheed Martin had a high rate of delivering non-ready-for-issue (RFI), or installation, spare parts for the F-35 Lightning II Joint Strike Fighter (JSF) within the last five years because part suppliers were sending spare parts directly to the field and not the prime contractor, according to a former F-35 programme official. 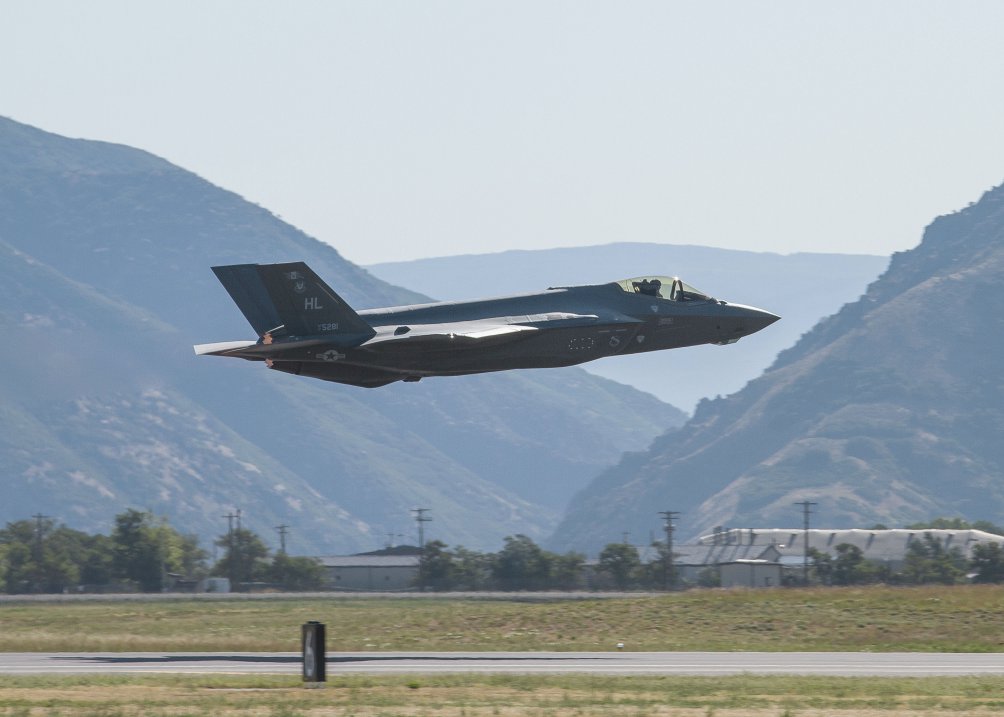 An F-35A begins a practice flight on 29 July 2020 at Hill AFB Utah. A former F-35 official said Lockheed Martin has had a poor spare part delivery rate since 2015 because the company was not performing a final quality check before the parts were delivered. (US Air National Guard)

The former official said that the first time an opportunity arose to verify that a spare part conformed was when it was delivered to the field and a maintainer logged it into the F-35’s Autonomic Logistics Information System (ALIS). This is when a maintainer would discover that the EEL was not right and thus the part was not RFI.

“The spare parts were getting directly to [maintainers] before there was a final check of the EELs, which I squarely blame on Lockheed Martin,” the former official said. “Lockheed Martin is responsible for the integrity of its supply chain.”

The US Air Force (USAF) needs to better explain to lawmakers how the service will benefit from techn...

The US Air Force’s (USAF’s) acquisition executive is drawing inspiration from a Formula 1 racing tea...