Previous article
Update: Europe must defend itself, but not at the expense of NATO

Details of the number of vehicles delivered was not disclosed, although the company noted that the vehicles have had changes to crew ergonomics based on user feedback, as well as upgrades to the heating and air-conditioning systems. The vehicles are also fitted with chemical, biological, radiological, and nuclear (CBRN) air filtration systems that allow for operation in contaminated environments for several hours. 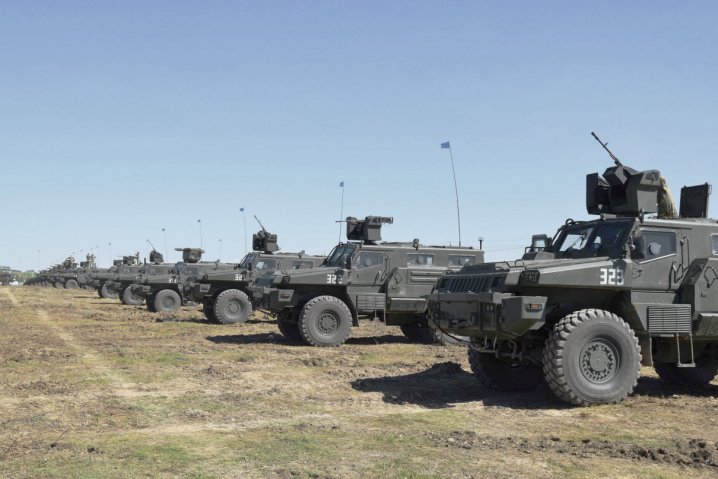 Kazakhstan has taken delivery of another batch of Arlan MRAP vehicles, seen here in 2018. (KPE)

The Arlan is based on Paramount Group’s Marauder 4×4 MRAP but adapted to local requirements for operations in extreme heat and cold. In addition to the air-conditioning system, the vehicle has a pre-start engine heating system to allow the vehicle to be started in extremely cold temperatures down to -50°C.

According to KPE’s latest release, the vehicle has attained 72% Kazakh content in production and through-life support. Kazakh-made subsystems on the Arlan include electro-optics and remote weapons stations manufactured by a joint venture between Turkey’s Aselsan and Kazakhstan Engineering, as well as locally made radios. KPE also has an in-house design bureau to respond to customer feedback and requirements.

The Kazakh military received its first Arlans in August 2016, with a special forces variant being delivered in late 2017. A substantial follow-on order was placed in 2018 at the Kazakhstan Defence Expo, when it was revealed that the country had received 60 Arlans in its first order, with a further 30 expected.

The South African parliament’s Joint Standing Committee on Defence has called on the country’s defen...