Kazakhstan’s state-controlled defence industry conglomerate, Kazakhstan Engineering (KE), announced a raft of agreements had been signed with Russia during the Army 2020 exhibition held in Russia, while interest from export customers was also expressed.

In a press release on 27 August, the company revealed that agreements with Russian industry and its subsidiaries would bolster localisation and joint development of helicopters, combat aircraft, and armoured vehicles. 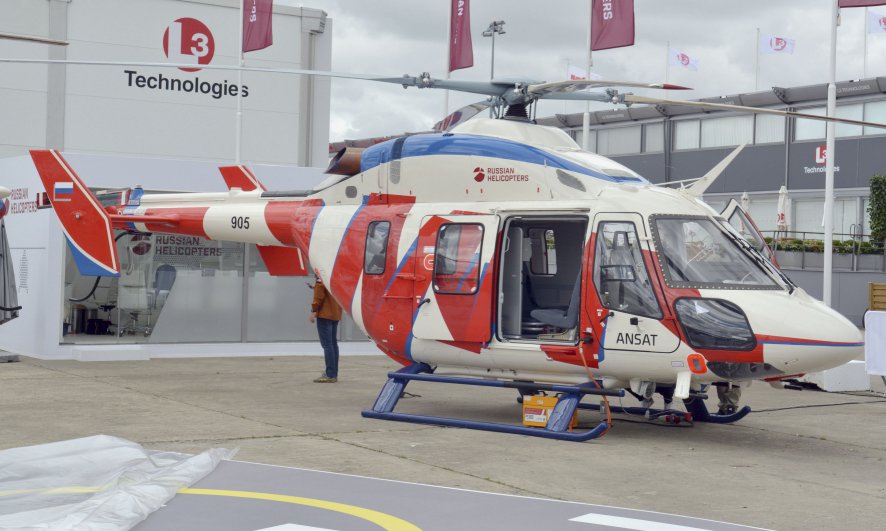 Kazakhstan Engineering will be developing a heating system for the Ansat helicopter, seen here at the 2019 Paris Air Show, following on from a deal signed at Army 2020. (Janes/Patrick Allen)

These included agreements between RSK MiG and KE subsidiary Tynys that would enable Tynys to manufacture components for use in overhauling aircraft domestically, with Kazakhstan operating the MiG-27 ‘Flogger’, MiG-29 ‘Fulcrum’, and MiG-31 ‘Foxhound’ aircraft. The country is also understood to be one of the few remaining operators of the MiG-27 after the Indian Air Force retired its fleet in late 2019.

Tynys also received a contract to increase its supply of components to Russia’s Aviahelp and Novosibirsk Aircraft Repair Plant (NARP) for use on the Kamov Ka-226, as well as signing an agreement with the Kazan Helicopter Plant to develop a heating system for the Russian Helicopters Ansat.

The statement also noted that Tynys had received interest from India and Iran in acquiring equipment from the firm. Tynys manufacturers a range of components such as life support equipment for aircraft, as well as components for civilian and military aircraft made by Russian and Ukrainian manufacturers: pipes, fastenings, riot shields and batons, and medical equipment.

Agreements relating to the ongoing repair, maintenance, and overhaul of Kazakhstan’s fleet of Sukhoi Su-25 ‘Frogfoot’ aircraft were also made between Russian and Kazakh industry.