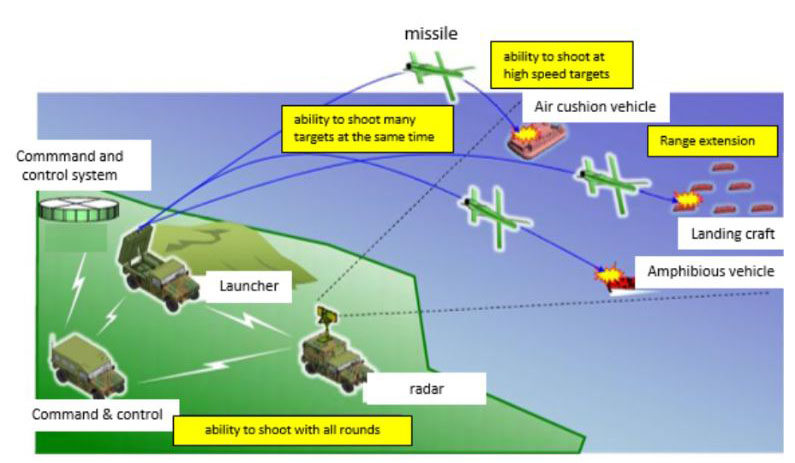 KHI has been awarded a JPY3.5 billion (USD32.5 million) contract to develop the new multipurpose missile system (MPMS) Kai for the JGSDF. (ATLA)

Documents obtained by Janes on 6 July show that the contract for the new system, which is being referred to as MPMS Kai, was signed on 30 March.

The new MPMS, which will consist of a command-and-control centre, a multifunction radar, and at least one launcher – each of which will be mounted on separate 4×4 vehicles – will incorporate features from both the Type 96 MPMS and the Middle-range Multi-Purpose Missile (MMPM or Chū-MPM). Both of these road-mobile systems, which are manufactured by KHI, are currently operated by the JGDSF.

The ATLA said the new MPMS will be designed to counter the growing quality and quantity of amphibious warfare platforms being developed by neighbouring countries. This includes the system’s ability to target landing craft – including high-speed air-cushioned landing craft – and amphibious assault vehicles.

The ATLA said the new MPMS will be “more capable than existing equipment”.