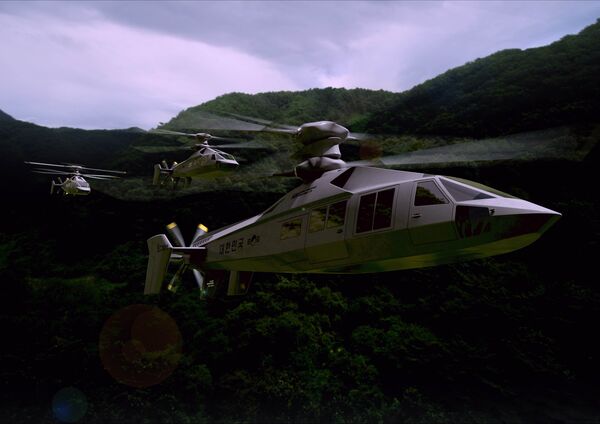 KAI is developing a high-speed advanced helicopter as part of its ‘next-generation high-mobility helicopter' project. The aircraft is being designed to fit a South Korean military requirement to replace UH-60s. (Korea Aerospace Industries)

Designated as the ‘next-generation high-manoeuvre helicopter', an industry source told Janes that KAI is conducting research and development of the new air platform.

The project was initiated after the issuance of a requirement by the South Korean government. “The Republic of Korea military is planning to replace the currently operating UH-60 helicopters with domestic high-mobility helicopters,” the source added.

Janes has learned that KAI is reviewing the required performance of the helicopter based on operational requirements announced by the Republic of Korea Army (RoKA). The project team is considering the aircraft's performance in relation to the US Future Vertical Lift (FVL) plan.

The US FVL programme will develop a family of high-speed military rotorcraft for the US armed forces.

These specifications represent significant performance improvements over the UH-60Ps, which are operational with the RoK Armed Forces. As per Janes