According to Simon Haye, chief marketing officer at John Cockerill Defense, “The PWS Gen 2 has now undergone successful firing trials integrated onto a French Arquus Vehicule de l’Avant Blinde [VAB] 6×6 Mk 3 armoured personnel carrier [APC] [and] targets were successfully engaged while the platform was moving, followed by engagement of moving targets while the platform was moving.”

During these trials, the PWS Gen 2 was armed with a Northrop Grumman Armament Systems (previously ATK) 25 mm M242 dual feed cannon with a 7.62 mm machine gun (MG) mounted co-axially to the left. 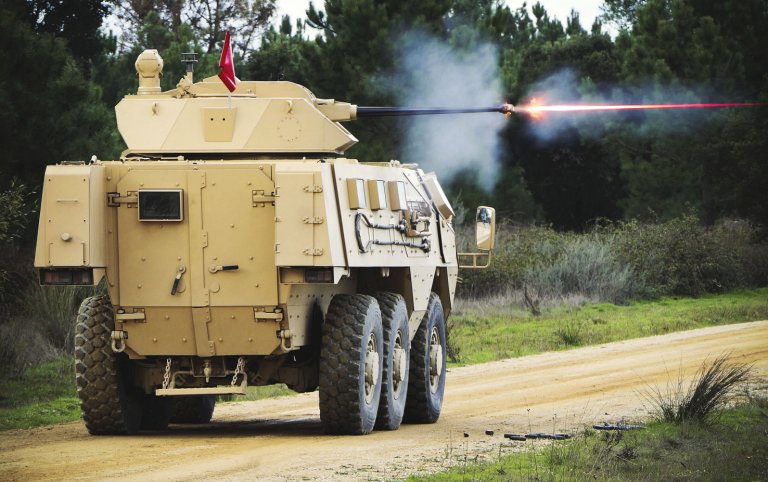 The latest PWS Gen 2 was shown as a full-scale mock-up at the 2018 Eurosatory exhibition in Paris, and in late 2019 another full-scale mock-up was shown fitted to the latest Indonesian PT Pindad Komodo 4×4 APC. The system was demonstrated at the 2019 Bushmaster User Conference in the United States, installed on an Oshkosh Defense M-ATV 4×4 platform.