Next article
India, US to further deepen defence co-operation

Named JS Haguro (pennant number 180), the 170 m-long warship was inducted into the service’s Escort Division 8 of Escort Flotilla 4, which is homeported at the Sasebo naval base in Nagasaki Prefecture.

The ship, which was launched in July 2019, entered service shortly after being handed over to the JMSDF by local shipbuilder Japan Marine United (JMU) Corporation, which also built first-of-class JS Maya (179). 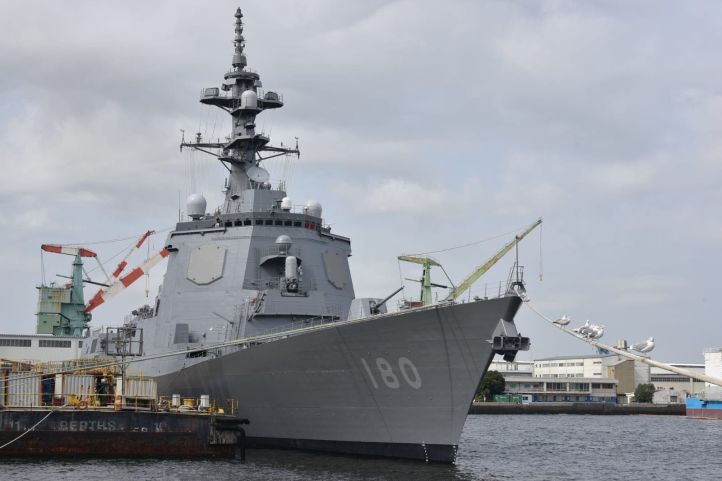 Haguro, which was built for JPY170 billion (USD1.56 billion) under a contract awarded in 2016, has now become the eighth JMSDF vessel equipped with the Aegis Combat System.

The Maya class is 5 m longer than the service’s Atago-class destroyers. Each ship of the class is equipped with the Aegis Baseline J7 ballistic missile defence (BMD)-capable weapon system. The Baseline J7 is supported on the ships by the Lockheed Martin/Raytheon AN/SPY-1D(V) phased array radar and the Northrop Grumman AN/SPQ-9B X-band (NATO I-band) (8–12.5 GHz) high-resolution fire-control radar.

The Maya class is also equipped with the US-developed Cooperative Engagement Capability (CEC) system, which enables each of the destroyers to act as part of a wider ‘grid’ of sensors and weapon platforms that allow other CEC-equipped ships and military aircraft – such as Northrop Grumman E-2D Advanced Hawkeye airborne early warning & control (AEW&C) aircraft – to share surveillance and targeting information. With this capability, the ship is expected to better counter threats such as those posed by North Korean ballistic missiles.