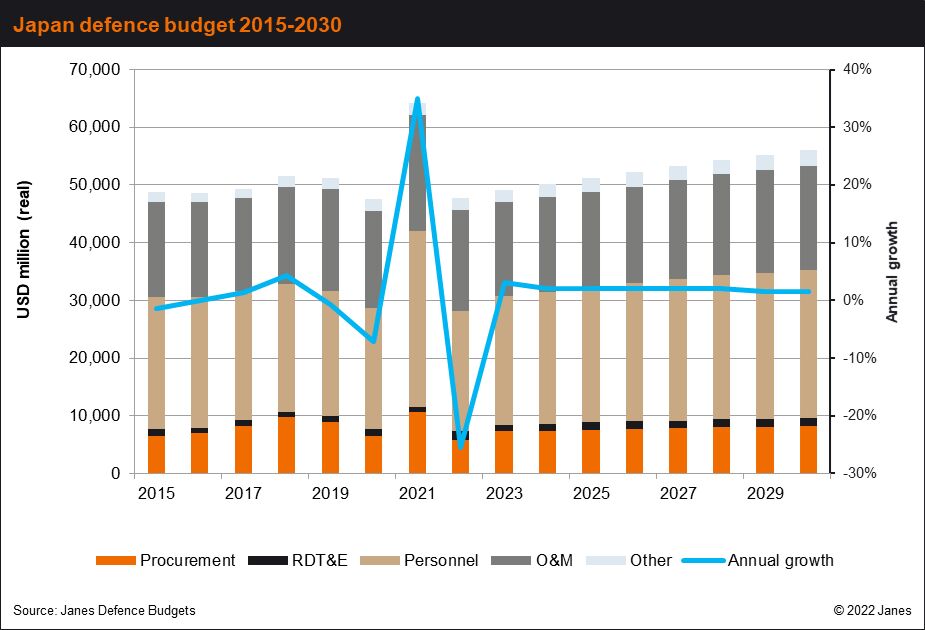 Japan's ruling Liberal Democratic Party (LDP) has proposed a major revision to the country's defence policies in response to its evolving security environment.

Under the plan – submitted to Defense Minister Nobuo Kishi and Prime Minister Fumio Kishida on 27 April – the country's defence budget would increase to 2% of GDP and the Japan Self-Defense Forces (JSDF) would develop ‘counter-strike capability' to disable enemy missiles and command-and-control (C2) systems.

The plan has been devised as the basis for the government's scheduled update to its National Security Strategy (NSS) by the end of this year.

This update – the first since the NSS was introduced in 2013 – will also prompt revisions of linked policies, the National Defense Program Guidelines (NDPG) and Medium Term Defense Program (MTDP), both of which were last updated in December 2018.

According to the new LDP recommendations, a copy of which Janes has obtained, the revision of the NSS is necessary because Japan's security landscape is becoming “increasingly severe”.

The proposal highlights three growing concerns: Russia's invasion of Ukraine and its implications for Japan, which shares a maritime border with Russia; China's growing assertiveness in territorial waters, including those claimed by Japan; and North Korea's escalating military modernisation, which has emphasis on the development of tactical and strategic missiles.