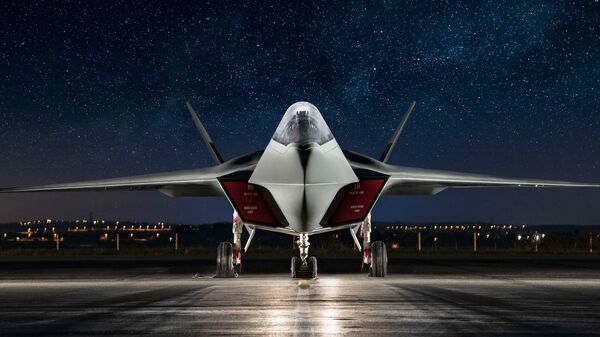 Japan is seeking to improve its technology base before a potential deal is signed at the end of 2022 to merge the F-X and Tempest sixth-generation fighter programmes. (BAE Systems)

As momentum builds on a potential merger of the UK's Future Combat Air System (FCAS) and Japan's F-X fighter jet programmes, eight Japanese industries are deepening their involvement in developing systems and structures of the future fighter aircraft.

Officially, the UK and Japan are said to be discussing the scope of F-X/FCAS collaboration towards the year-end agreement.

In the interim, Japan's Ministry of Defense (MoD) is seeking greater indigenous expertise for the development of F-X fighter-related technology. This is being driven by the fact that Japan's last industrial involvement in a fighter development project (the Mitsubishi F-2) was 27 years ago.

To bridge the technology gap, the MoD is seeking greater industrial support for platform, engine or avionics-level development from domestic industries, ATLA said.

The prime contractor is Mitsubishi Heavy Industries (MHI). The company is said to have issued a request for information (RFI) to more than 40 domestic industries.

By co-operating with MHI, which is “extensively collecting” information as a prime contractor, ATLA said that it was working with the MoD to establish a framework to enable a “whole of Japan” approach.

As momentum builds on a potential merger of the UK's Future Combat Air System (FCAS) and Japan's F-X...