Japan and the United Kingdom have pledged to accelerate talks on the joint development of aero-engine technologies in support of the two countries' respective next-generation fighter aircraft programmes. 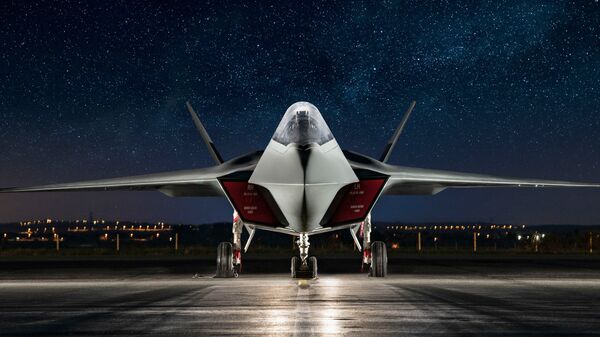 Japan and the UK are exploring opportunities for co-operation on engine technologies in support of their respective fighter aircraft development programmes, the F-X and Tempest (pictured). (BAE Systems)

The agreement was announced by the Japanese Ministry of Defense (MoD) on 20 July following a meeting in Tokyo between Japan's defence minister Nobuo Kishi and his visiting UK counterpart Ben Wallace.

“The two ministers affirmed accelerated discussion to explore FX/FCAS collaboration at sub-system level, with a special focus on power and propulsion systems,” said the MoD in reference to Japan's F-X fighter programme and the UK's Future Combat Air System (FCAS).

It added, “Furthermore, both ministers agreed to intensify efforts toward a bilateral arrangement between both ministries that is necessary for implementing that collaboration of power and propulsion systems if it is agreed to be conducted.”

The MoD also referenced a new project between the countries, which it said started this month, to undertake research on chemical and biological protection technologies. This project is an extension of work already undertaken between the two countries during 2013–17.

In its statement, the MoD also said the ministers agreed to strengthen defence and security ties. This effort is supported in part through recently concluded bilateral military exercises. Similar events are planned for September and will feature the UK Royal Navy's aircraft carrier HMS Queen Elizabeth and its associated naval strike group. The UK has also pledged to permanently assign two offshore patrol vessels to the Asia-Pacific region from later this year.

In a separate communication with Janes

Japan and the United Kingdom have pledged to accelerate talks on the joint development of aero-engin...

The governments of Japan and the United Kingdom are discussing a potential joint programme to develo...

Further details have emerged on the industrial package being offered to Finland for the Eurofighter ...
Request Consultation