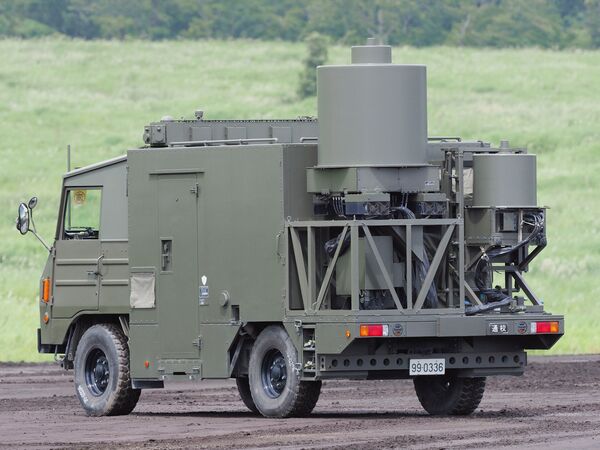 The JGSDF's EW units are equipped with the truck-mounted network electronic warfare system (pictured above) that enables collection, analysis, and jamming of the enemy's radio waves. (Janes/Kelvin Wong)

The JGSDF will form three small-scale EW units at Camp Takada in Niigata, Camp Yonago in Tottori, and Camp Kawauchi in Fukushima, the spokesperson said.

The JGSDF will also increase the number of EW units at Camp Kengun in Kumamoto and Camp Aiura in Nagasaki, the spokesperson added.

In addition, the JGSDF is planning to improve certain facilities such as the “corps office building” for new EW units that will be formed in 2023 at Camp Tsushima in Nagasaki and Camp Yonaguni in Okinawa, the spokesperson said. Similar facilities at Camp Higashi-Chitose in Hokkaido will also be improved, the spokesperson added.

One of the three pillars of Japan's defence objectives is to strengthen the Japan Self-Defense Forces' (JSDF's) capabilities in the electromagnetic domain. The MoD has prioritised increasing the number of EW units of the JGSDF across the country to enhance military preparedness in the face of growing security threats from China, Russia, and North Korea.

The MoD's decision to bolster EW capabilities of the JGSDF positioned in Yonaguni is significant considering the island's strategic location 110 km from Taiwan and east of the disputed Senkaku Islands.

In March, the JGSDF established a new EW unit at Camp Asaka in Tokyo. The EW unit has about 180 personnel and is set to become Japan's command centre for electronic defence, supervising other EW units across the country.