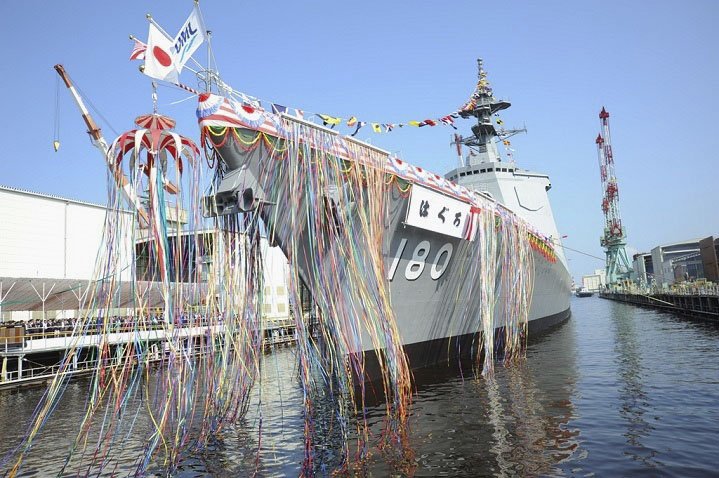 JMU launched Haguro , the second Maya-class destroyer on order for the JMSDF, in a ceremony held on 17 July at the company’s facility in Yokohama. (Japan Marine United Corporation)

Named Haguro (pennant number 180), the 170 m-long vessel entered the water in a ceremony held at JMU’s facility in Yokohama City, and is expected to be commissioned in March 2021.

The destroyer, which will be the eighth JMSDF ship to be equipped with the Aegis Combat System, is 5 m longer than the Atago-class destroyers operated by the JMSDF.

The ship, which cost about JPY173.4 billion (USD1.6 billion) to build, will be equipped with the US-developed Cooperative Engagement Capability (CEC) system, which will enable the destroyer to act as part of a wider ‘grid’ of sensors and weapon platforms that allow other CEC-equipped ships to share surveillance and targeting information.

The JMSDF also plans to provide first-of-class Maya , which was launched on 30 July 2018 and is expected to enter service in March 2020, with this capability to better counter threats such as those posed by North Korean ballistic missiles.