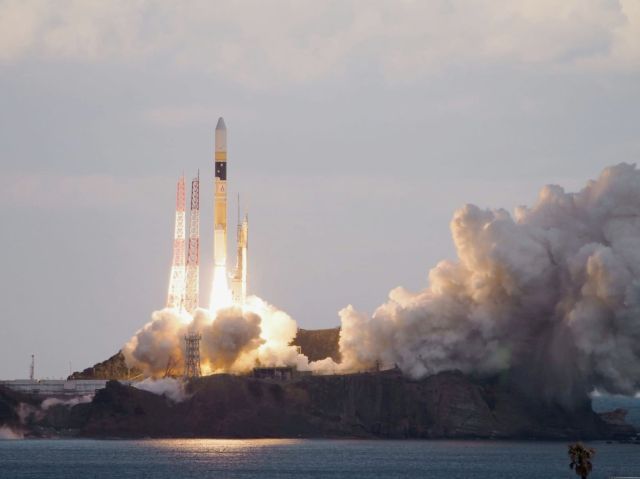 The rocket, which was made by the Japan Aerospace Exploration Agency (JAXA) and Mitsubishi Heavy Industries, lifted off into space on 29 November from JAXA’s launch site at the Tanegashima Space Center in Kagoshima Prefecture.

The Japanese government is expected to use this satellite, which carries an optical communication payload, to transmit to Earth high-speed data and images, as well as other data – including on disaster-hit areas and developments at North Korean missile launch facilities – for use by Japan’s Cabinet Satellite Intelligence Center.

Japanese Prime Minister Yoshinobu Suga said on 29 November that his government plans to make maximum use of the satellites, including the recently launched one, to take all possible measures to enhance the country’s security and crisis management.

The satellite, which will be in geostationary orbit about 36,000 km above the equator, can transmit data for nine hours per day on average, or nine times more than the previous model, according to a report by Japanese broadcaster NHK.

The move marked the 37th consecutive successful launch of the H-2A rocket since February 2005.