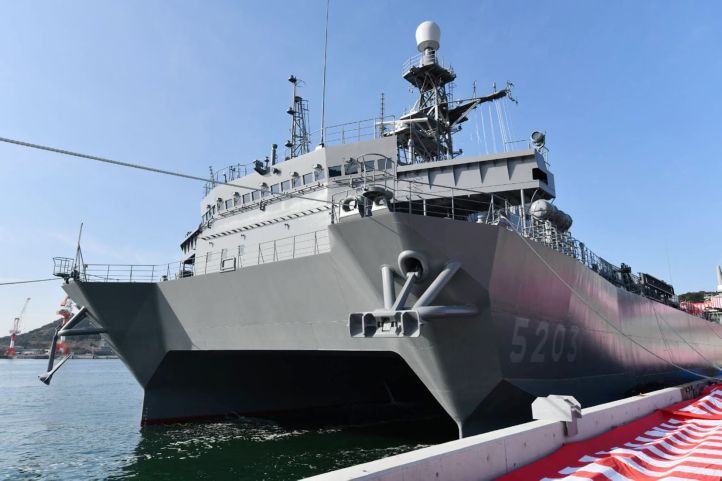 Named Aki (with pennant number AOS 5203), the small waterplane area twin hull (SWATH) vessel was inducted into the service’s Ocean Surveillance Division 1 at the Kure naval base in Hiroshima Prefecture shortly after being handed over by Mitsui Engineering & Shipbuilding (E&S), a JMSDF spokesperson told Janes .

Aki was laid down in March 2019 and launched in January 2020. Janes understands that Aki was being built for JPY26.6 billion (USD248 million) under a contract awarded in 2018.

The 67 m-long vessel, which has a standard displacement of about 2,900 tonnes, features a more advanced Surveillance Towed Array Sensor System (SURTASS) than that fitted onto the first two ships of the class – JS Hibiki (AOS 5201) and JS Harima (AOS 5202) – which entered service in 1991 and 1992, respectively.

The Hibiki class has an overall beam of 29.9 m, a draught of 7.5 m, and a top speed of 11 kt, according to the JMSDF. The vessels, each of which have a crew of 40, also feature a flight deck for helicopter operations.