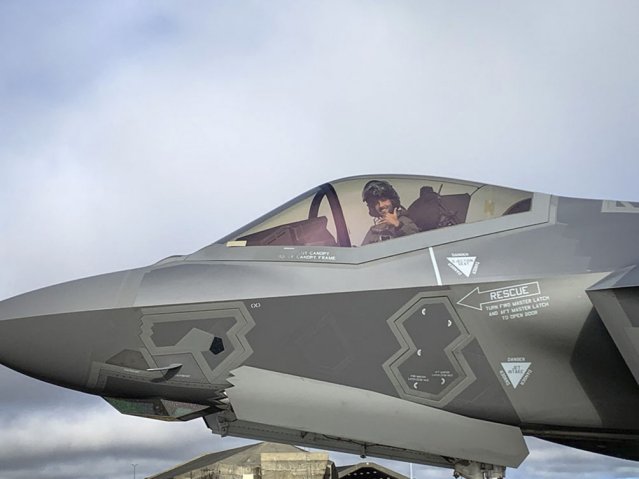 One of six Italian Air Force F-35s that deployed to Iceland on 26 September, where they will perform the type’s first NATO air surveillance and air policing mission (NATO Allied Air Command)

The deployment, which includes an AMI Boeing KC-767 tanker, marks the first time a nation has committed the F-35 to an operational NATO mission. The aircraft and their support personnel arrived in Iceland on 26 September and will remain until the end of October, NATO Allied Air Command said.

The AMI will spend the first week conducting familiarisation flights over Iceland under the control of the Iceland Coast Guard Control and Reporting Centre Loki at Keflavik. The detachment will then be certified by NATO’s Combined Air Operations Centre in Uedem, Germany, to fly air policing missions in Iceland’s airspace.

For the ‘Airborne Surveillance and Interception Capabilities to Meet Iceland’s Peacetime Preparedness Needs’ mission, as NATO officials call the deployment, alliance members undertake three- to four-week rotations within one of three four-month windows throughout the year. Typically countries contribute four aircraft per deployment, although this number is flexible.