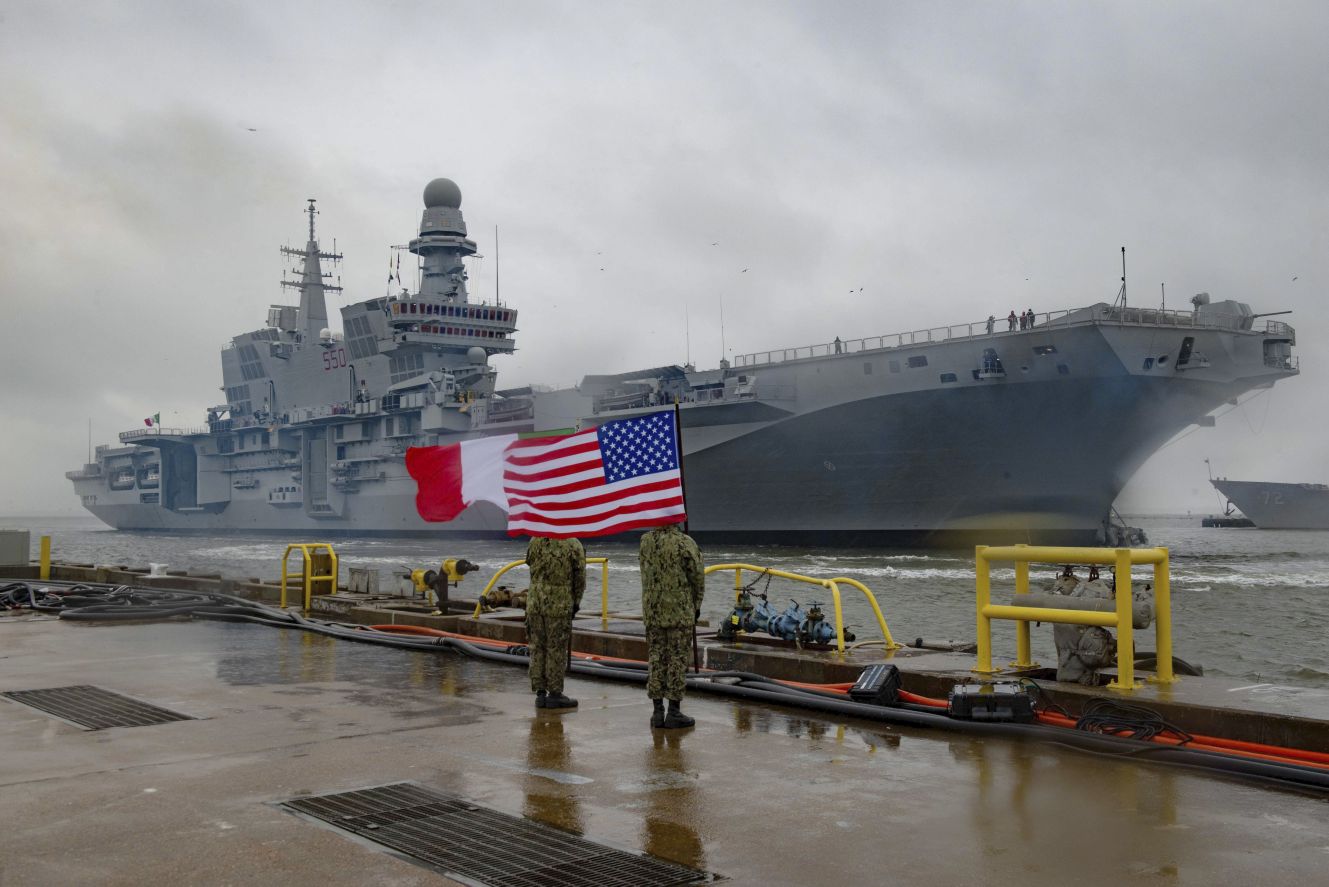 ITS Cavour arriving in Norfolk Naval Station for the F-35B certification campaign. (US Navy)

During the trials, Italian Navy pilots will learn to safely land and launch the F-35B short take-off and vertical landing (STOVL) variant and qualify for transition to the new aircraft.

The carrier-based flight tests, along with subsequent joint operations with US 2nd Fleet ships and aircraft, are meant to improve interoperability and strengthen the relationship between two NATO llies, US Navy (USN) officials said in a statement.

Cavour was commissioned in 2008 and has been operating the AV-8B Plus Harrier II, which will be replaced by the F-35Bs Italy is buying for its navy and air force.

Welcomed and supported by the aircraft carrier USS John C Stennis (CNV 74) support personnel, Cavour will remain in the US for two weeks, to prepare for the follow-on at-sea operations. Stennis is co-ordinating and providing all pier services required by Cavour , including refueling, diving operations, equipment and personnel on load, security, and contingency medical functions, USN officials said.