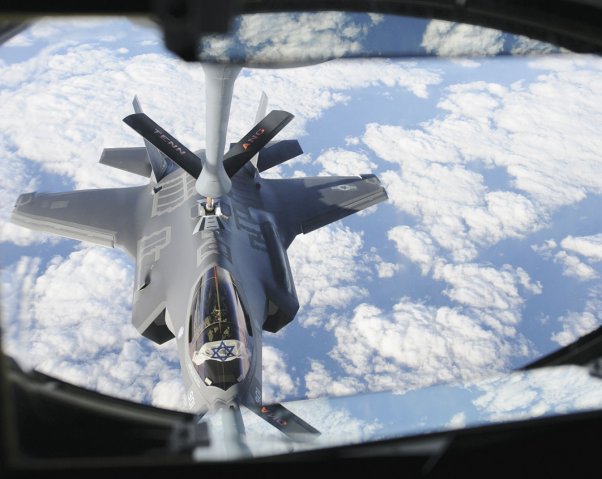 One of the first F-35s for Israel seen on its delivery flight from the United States. The IAF now has two squadrons operating the type from Nevatim Air Base in southern Israel. (US Air Force)

116 Squadron ‘Defenders of the South’ will join the already established 140 Squadron ‘Golden Eagle’ at Nevatim Air Base (also known as 28 Air Base) in southern Israel’s Negev Desert. Both units will form the IAF’s Adir Division.

From Nevatim, the IAF's F-35s will have an unrefuelled strike range that includes Jordan, Lebanon, and Syria, most of Egypt and Iraq, and large swathes of Saudi Arabia and Turkey. With aerial refuelling, its range would be largely limited by the endurance of the pilot.

The IAF declared the F-35 Adir to be operationally ready in December 2017 (the first international operator to do so), a milestone that was marked by the arrival in-country of the ninth aircraft out of a currently planned 50 (although this number could rise to between 75 and 100). To date, 18 aircraft are reported to have been delivered to Israel.

With two squadrons now operationally active at Nevatim Air Base, a third is likely to be located elsewhere as deliveries continue. While the IAF has not commented on Adir operations officially, the type is reported to have already undertaken a number of combat operations throughout the Middle East region.

Israel has received a Lockheed Martin F-35I ‘Adir’ combat aircraft to be used for in-country develop...