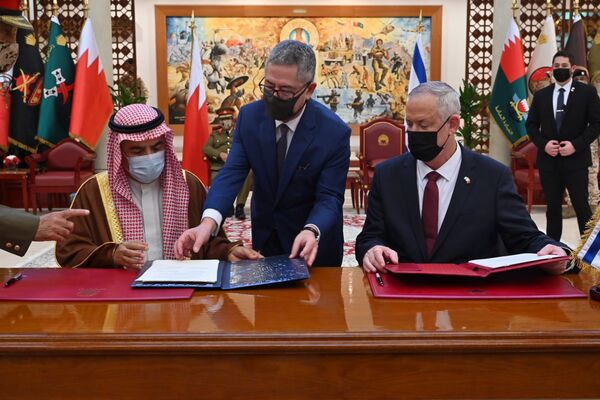 Israel and Bahrain have signed a defence collaboration memorandum of understanding (MoU) during a visit by Israeli Defence Minister Benny Gantz to the Gulf kingdom on 3 February.

According to a release by the Israeli Ministry of Foreign Affairs, the MoU framework will support intelligence sharing, military-to-military co-operation, defence industrial collaboration, and more.

“We have reached new heights today in Israel-Bahrain relations with the important meetings that took place and with the signing of the historic MoU. We are building on the groundbreaking Abraham Accords and deepening ties between our nations. Only one year following the signing of the [Abraham] Accords, we have achieved an important defence agreement, which will contribute to the security of both countries and the stability of the region,” Gantz said in a statement.

Israel and Bahrain have signed a defence collaboration memorandum of understanding (MoU) during a vi...