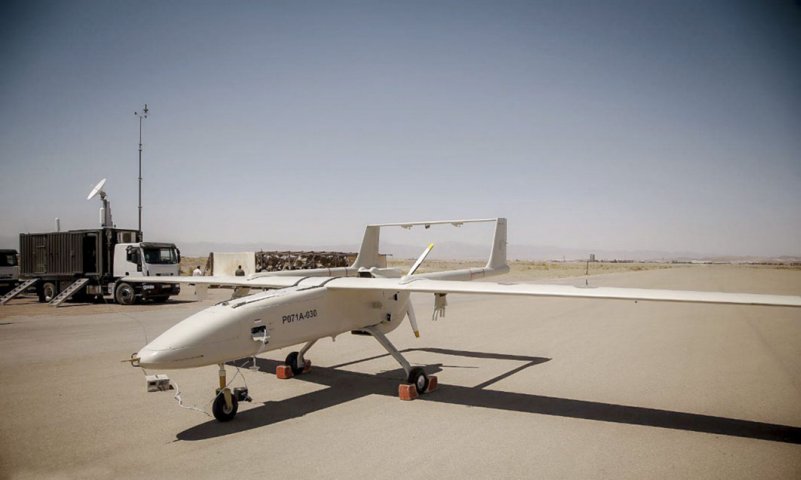 A Mohajer-6 is seen with its control vehicle in the background at an airstrip that is probably near Gonabad in northeast Iran. (Defapress.ir)

Iranian media cited Brigadier General Shahram Hassannejad, the commander of the IRIAGF’s UAV unit, as saying that the aircraft would be used to identify and destroy threats to the country’s borders.

The military released photographs showing at least one Mohajer-6 deployed to an unidentified airfield that was said to be in northeast Iran. The presence in the photographs of an uncompleted building with a blue frame indicated they were taken at the airstrip north of Gonabad in Razavi Khorasan province, 170 km from the Afghanistan border.

Unveiled in April 2016, the Mohajer-6 is the first of the Mohajer series to have wheeled undercarriage. A ceremony was held in February 2018 to announce that it had entered serial production for the Islamic Revolution Guards Corps (IRGC).

It is reported to be 5.7 m long, with a range of 2,000 km, an endurance of 24 hours, a service ceiling of 18,000 ft, and a top speed of 200 km/h. It can launch Ghaem (or Qaem) guided bombs that come in two versions that have been described as having infrared and optical seekers respectively. The bomb reportedly has a 1.7 kg warhead.