Iran’s primary way of threatening the US and its allies in the region is its inventory of about 2,500-3,000 ballistic missiles, US Central Command (CENTCOM) commander General Kenneth McKenzie told the Senate Armed Services Committee on 10 March. 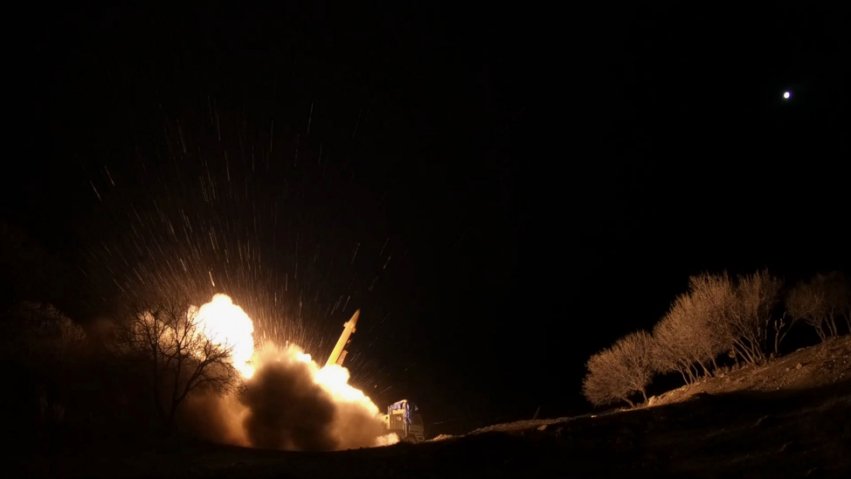 A photograph that purportedly shows one of the Iranian missiles that was launched at Iraqi bases early on 8 January. It is a member of the Fateh-110 family of solid-propellent missiles. (Imamedia.org)

Gen McKenzie did not breakdown the types of missiles that make up this arsenal but indicated most are shorter-range weapons when he explained why the US military is moving more assets to Prince Sultan Air Base (PSAB) in central Saudi Arabia.

“The beauty of that base is it is out of [the] short-range ballistic missile range of Iran but close enough for our various types of fighter attack aircraft to operate out of there. It is well defended and provides significant additional depth in theatre,” he said. PSAB is 580 km from the Iranian mainland and is now defended by at least one Patriot air defence battery.

He confirmed that the US is also moving air defence assets to Iraq, where he said the US has around 5,000 soldiers deployed, to defend against Iranian ballistic missile attacks.

Iran’s Islamic Revolution Guards Corps (IRGC) attacked US personnel at Ain al-Asad Air Base on 8 January in retaliation for the assassination of Major General Qasem Soleimani, a high-profile IRGC commander who developed and directed pro-Iranian militant groups across the region.

While no Americans were killed and the confrontation then de-escalated, it subsequently emerged that over 100 US military personnel suffered traumatic brain injuries.