Insitu Pacific and Perth-based aeronautical technology company Innovaero announced on 1 June that they had signed a memorandum of agreement (MOA) to strengthen and support the development of technology for unmanned aircraft systems (UASs).

A vital collaboration area under the agreement will see Insitu Pacific – a Boeing company – provide its common architecture software and ground-control solutions to enable Innovaero to advance development of its InnovaeroFOX UAS, according to a joint statement. 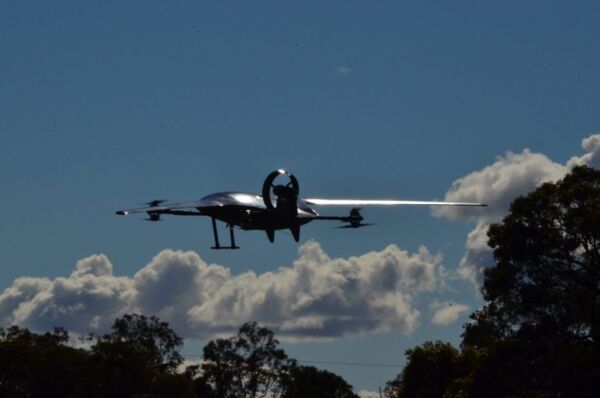 Insitu Pacific and Innovaero have signed an MoA on UAS technology that includes advancing the development of the InnovaeroFOX UAS. (Innovaero )

The MoA is also expected to support projects and innovation to explore the interoperability of unmanned aerial vehicles (UAVs) and how these capabilities can be employed by the Australian Defence Force and other militaries in the Asia-Pacific region. Opportunities will also be explored for Innovaero to support Insitu Pacific by participating in the latter's global supply chain, according to the statement.

The signing of the MoA comes after Innovaero announced in mid-April that the vertical take-off and landing (VTOL) InnovaeroFOX UAV had advanced to the next stage of its test flight programme after completing what the company described as “a series of challenging flight tests” on schedule. The system was conceived in response to Australia's ‘Maritime UAS Continuous Development' programme, which aims to deliver enhanced situational awareness through the acquisition of UASs featuring intelligence, surveillance, reconnaissance, and target acquisition (ISTAR) capabilities.