The US Army is moving out with development and fieldling of two Next Generation Squad Weapon (NGSW) variants with plans to award three prototyping contracts by the end of September.

In a 30 January notice posted on the Federal Business Opportunities Website, the army called on companies to submit their plans to develop two weapons designed to fire 6.8 mm ammunition – an NGSW-Rifle (NGSW-R) and a NGSW-Automatic Rifle (NGSW-AR).

“These prototype OTAs [other transaction agreements] will develop industry’s potential solutions/concepts through prototypes, user evaluation, and testing to ensure producible weapon systems that are safe, suitable, effective, and sustainable with a goal of delivering production representative weapon system(s) with ammunition,” the service wrote. 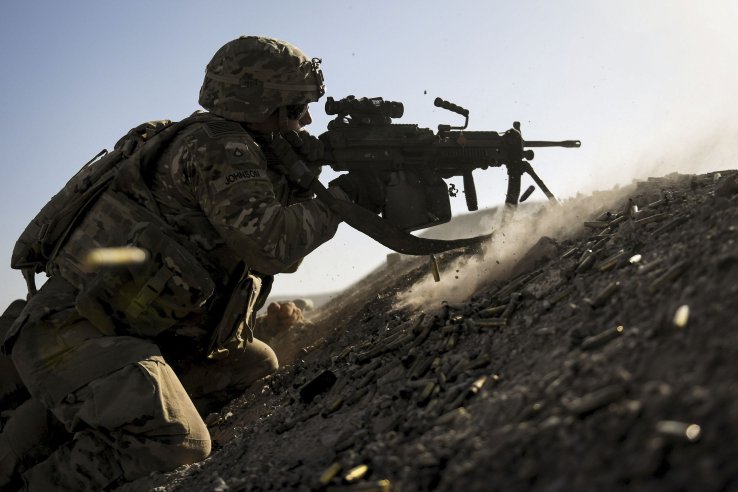 The US Army has initiated the NGSW-AR requirement to replace the M249 Squad Automatic Weapon shown here. The effort could have significant implications for a next-generation rifle programme. (DIVIDS)

The NGSW-R is slated to replace the M4/M4A1 Carbine weapon, while the NGSW-AR is the marked as the replacement for Close Combat Force’s M249 Squad Automatic Weapon in the Automatic Rifleman role.

When it comes to weapon requirements, both the NGSW-R and NGSW-AR prototypes should include: suitability for ambidextrous operation; a flash hider, removable suppressor; a tactical carrying sling with quick release attachments; selection positions for safe, semi-automatic firing, and automatic firing modes; corrosion resistance; the suitability to operate in all-weather environments; interchangeable magazines between both weapons, if the NGSW-AR utilizes a magazine; replaceable battery configurations; and more.

As for the acquisition approach, the service intends to award three NGSW prototyping contracts by the end of fiscal year 2019 (FY 2019) under which each company will be required to deliver 53 NGSW-R weapons, 43 NGSW-AR weapons, 845,000 rounds of ammunition, as well as additional equipment and engineering support.

The US Army is moving out with development and fieldling of two Next Generation Squad Weapon (NGSW) ...