Named KRI Teluk Youtefa (with pennant number 522), the 120 m-long ship entered service in a ceremony held on 12 July at the naval base at Tanjung Priok, North Jakarta, according to a TNI-AL statement issued that same day. 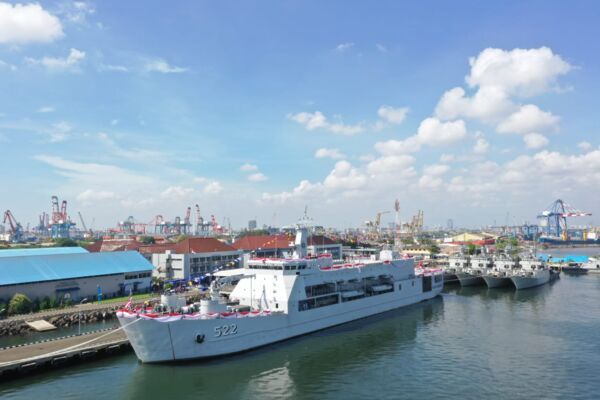 The Indonesian Navy commissioned KRI Teluk Youtefa , its third Teluk Bintuni-class LST, in a ceremony held on on 12 July at the naval base at Tanjung Priok, North Jakarta. (TNI-AL)

Launched in May 2019 by local shipbuilder PT Daya Radar Utama (DRU), Teluk Youtefa has now joined first-of-class Teluk Bintuni , which was commissioned in June 2015, and Teluk Lada , which entered service in February 2019, as part of the TNI-AL's strategic sealift command.

Teluk Youtefa is part of a contract for three additional vessels of the class that was awarded to PT DRU in January 2017, with the other two LSTs – Teluk Palu (523) and Teluk Calang (524) – currently in advanced stages of construction and expected to enter service later this year.

Two more vessels of the class were launched in late February of this year.