Indonesia seeks C-130J deals with US

Indonesia is looking to secure deals with the United States government to procure Lockheed Martin C-130J Hercules transport aircraft and to facilitate industrial co-operation in relation to the platform, the Indonesian Ministry of Defence (MoD) has stated.

The MoD said in a press release that it had advanced both topics in meetings in Jakarta on 22 October between the MoD’s secretary general Agus Setiadji and the US’ acting deputy assistant secretary of defence for South and Southeast Asia, Christopher Johnston. 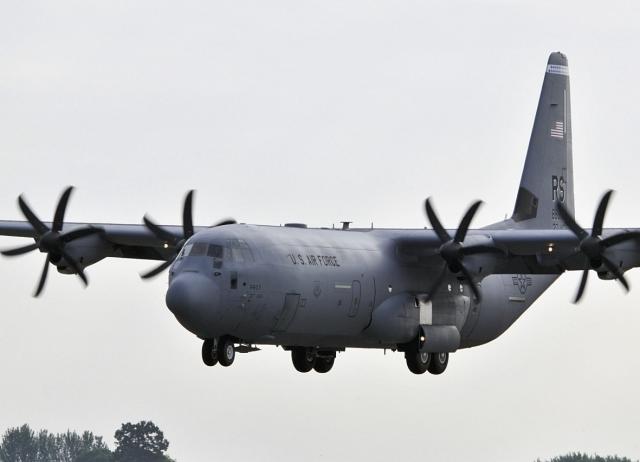 “The meeting discussed defence industry co-operation, particularly in the procurement of the C130J Hercules,” said the MoD. “In addition, the [MoD] hopes that in the future the US can help accelerate the process of procuring the C130J Hercules.”

Jane’s understands that Lockheed Martin responded to a request for information issued by the MoD in mid-2018 in support of a plan to procure transport aircraft for the Indonesian Air Force (Tentara Nasional Indonesia – Angkatan Udara: TNI–AU).

Air Commodore Novyan Samyoga, the chief of information in the TNI–AU, had previously confirmed to Jane’s that the service has identified the platform as a priority procurement given the age of some of the service’s existing transport aircraft. In the first phase of the procurement, the TNI–AU is expected to procure five platforms if sufficient funding is available.

The TNI–AU currently operates about 20 legacy C-130 models, with some dating back to the 1960s.

Indonesia is looking to secure deals with the United States government to procure Lockheed Martin C-...