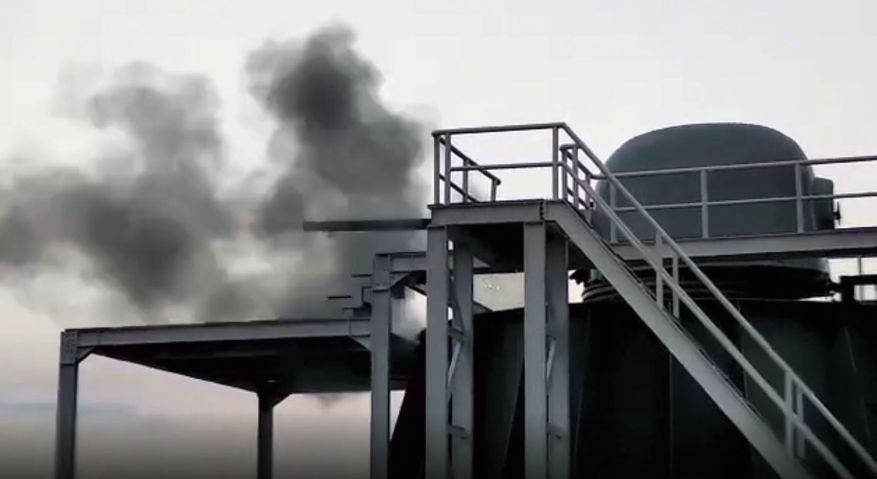 A screenshot from a video provided to Jane’s, showing the Indonesian Navy’s shore-based 76 mm naval gun at Paiton, East Java, during its test-firing in November 2019. (Source withheld)

The Indonesian Navy (Tentara Nasional Indonesia – Angkatan Laut: TNI-AL) has commissioned a shore-based 76 mm naval gun that has been installed at its newly built weapons range in Paiton, East Java.

The gun, which was salvaged from the retired Ahmad Yani-class frigate, Slamet Riyadi , was handed over by Indonesia’s state-owned electronic company, PT Len, to the TNI-AL’s Doctrine, Education, and Training Development Command (KODIKLATAL) on 6 December.

The gun was commissioned on the same day, a source close to the matter has confirmed with Jane’s . It will be operated by KODIKLATAL, and the TNI-AL’s maritime operations training command. Slamet Riyadi was decommissioned in August 2019 after 33 years of service with the TNI-AL.

PT Len is the lead integrator of the Paiton weapons range project, and has worked with several other companies in the programme including Italian firms, ICS Technologies and Omnia Engineering. The companies collectively conducted an inaugural test-firing of the weapon on 21 November.

Paiton was previously a small-calibre weapons firing range, and was primarily used by members of the Indonesian Marine Corps (KORMAR). Given the requirement to accelerate weapons competency among TNI-AL personnel, a decision was made to convert the facility into a weapons range for naval weapons of larger calibre.

The 76 mm gun is the first of several weapon types that the TNI-AL plans to operate as training and instruction aids at its Paiton weapons range. The water-cooled weapon has been incorporated with its revolving magazine and feeder assemblies, and a bridge, and combat information centre simulators.

A screenshot from a video provided to Jane’s, showing the Indonesian Navy’s shore-based 76 mm nava...

Airbus needs to improve the availability of its A400M Atlas if it is to build on the transport aircr...

The Royal Australian Navy's (RAN's) Anzac-class frigate HMAS Perth has been redeployed to its home p...