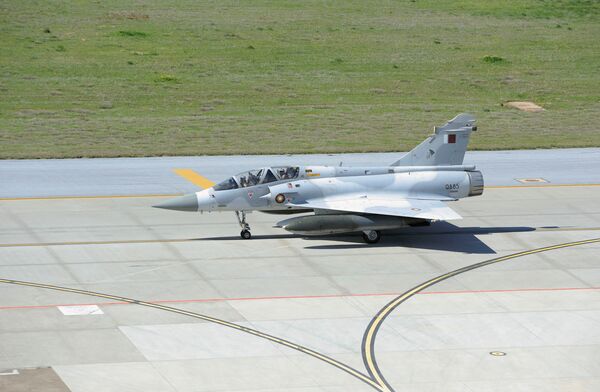 A file image of a Qatar Emiri Air Force (QEAF) Mirage fighter taxiing at Incirlik Air Base, Turkey, in 2011. Indonesia is seeking to procure several airframes from the country as a stopgap measure to fulfil its security requirements. (US Department of Defense)

The Indonesian Ministry of Finance (MoF) has granted approval for the country to obtain up to USD3.9 billion in foreign loans for three separate proposals that have been put forward to sustain the Indonesian Air Force's (TNI-AU's) combat capabilities.

These include a bid to procure Mirage single-engine multirole fighter aircraft from the Qatar Emiri Air Force (QEAF) and a second batch of between 12 and 18 Dassault Rafale multirole combat aircraft for the TNI-AU.

The Indonesian Ministry of Defence (MoD) inked an agreement with Dassault in February 2022 to procure a total of 42 Rafales. The airframes are being procured in stages and a contract for the first batch of six airframes became effective in September after a down payment for it was made with funds sourced from a foreign lender.

Approval letters that have been provided to Janes indicate that the MoF has been cleared to arrange for another USD2.9 billion in credit facilities with foreign lenders to procure a second batch of Rafales. The approval was granted in September after consultations with the MoD and the Indonesian Ministry of National Development Planning (BAPPENAS).

The Indonesian Ministry of Finance (MoF) has granted approval for the country to obtain up to USD3.9...