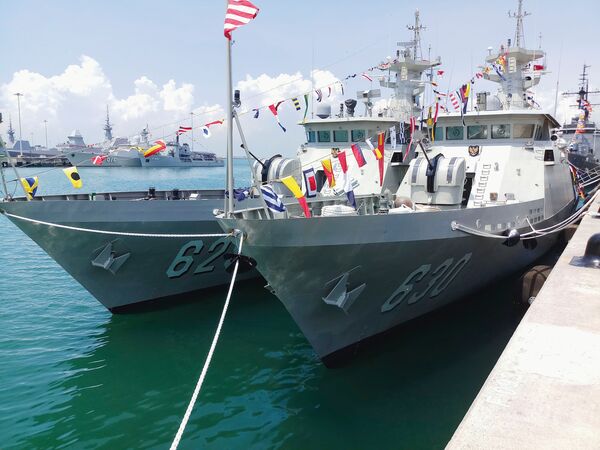 Images provided to Janes from two separate industry sources confirm that one of the naval gun units is being incorporated as the primary weapon for the second-of-class, KRI Tombak (629).

Janes first reported in February 2018 that the TNI-AL was considering the A-220M for two vessels in the KCR-60M class.

These new weapons are replacing the vessels' older Bofors 40 mm cannons that were salvaged from the decommissioned landing ship tank (LST) vessel, KRI Teluk Semangka (512), as an interim measure to provide the KCR-60M with naval gunfire support capabilities.

According to product literature published by JSC Central Research Institute Burevestnik, the А-220М is designed to engage air, surface, and coastal targets. It has a maximum range of up to 12 km when engaging surface targets, and 8 km when engaging aerial targets.

Janes understands that the A-220M that was supplied to Indonesia features a deck mounting and a barrel-cooling system that has been customised specifically for the KCR-60M class, given space constraints beneath the vessel's deck.

The weapon is also equipped with its own electro-optical and radar-guided weapon control system and can accommodate up to 400 on-mount ammunition rounds.