A CMERI spokesperson told Janes in late August that the organisation intends to develop long-endurance autonomous underwater vehicles (AUVs) for commercial and defence applications, although future R&D work hinges on the availability of government funding. 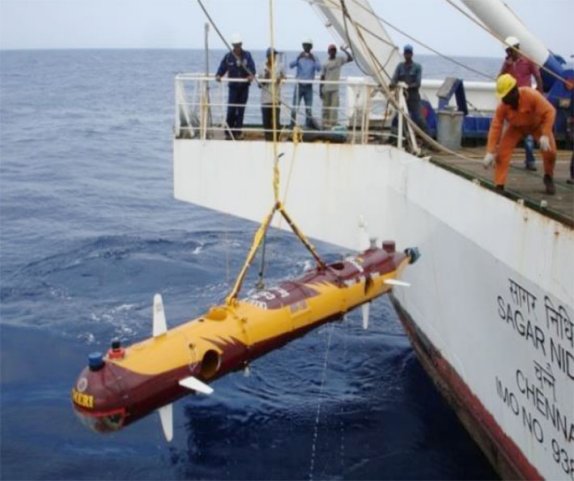 CMERI successfully trialled its AUV-500 prototype from the research vessel Sindhu Sadhna – a vessel owned by CSIR’s National Institute of Oceanography (NIO) in Goa – some 90 n miles off Goa in March 2017.

The system has a positive buoyancy of about 5–7 kg when underwater and is actuated by three thrusters and actuation fins to control the movements. The vehicle employs radio frequency (RF) communication when surfaced and acoustic communication when submerged. It is also equipped with several navigational sensors that includes inertial navigation system (INS), Doppler velocity log (DVL), depth sensor, altimeter, and acoustic positioning system. It can also carry mission payloads such as an underwater camera, lamp and conductivity, temperature, and depth (CTD) sensors.