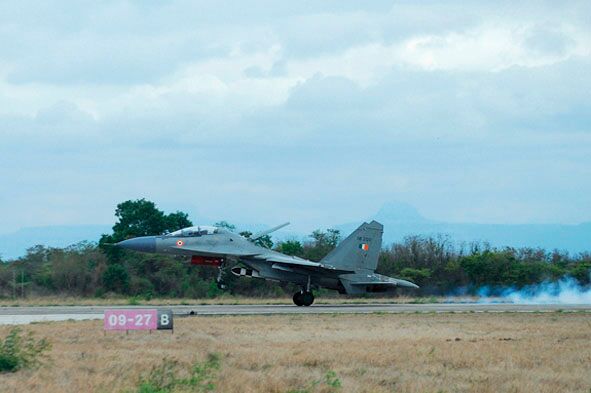 The Ministry of Defence (MoD) in New Delhi said the test took place in the morning of 8 December from the Defence Research and Development Organisation's (DRDO's) integrated test range in Chandipur, on the coast of the eastern state of Odisha.

In a statement by the government's Press Information Bureau, the MoD termed the launch a “major milestone”. It added, “It clears the system for the serial production of air-version BrahMos missiles within the country.”

The MoD said the missile “launched from the aircraft followed the preplanned trajectory, meeting all mission objectives”. During the test, the structural integrity and performance of the missile was proven, the MoD added.

It added that “major airframe assemblies which form [an] integral part of the [missile's] ramjet engine are indigenously developed by Indian industry”. These assemblies include the metallic and non-metallic airframe sections comprising the ramjet fuel tank and pneumatic fuel supply system.

The BrahMos-A has undergone several flight trials, the most recent of which was in July 2021. Flight tests started in November 2017, captive carriage tests commenced in 2016, while static motor testing of the missile began six years earlier.

The missile was developed by BrahMos Aerospace, a joint venture firm established in 1998 by the DRDO and Russia's NPO Mashinostroyenia (NPOM).