The Indian Army (IA) has invited expressions of interest (EoIs) from local vendors by 16 October regarding the planned upgrade of 811 of its licence-built BMP-2/2K ‘Sarath’ infantry combat vehicles (ICVs).

The IA said on 4 September that it requires potential vendors to develop a BMP-2/2K prototype fitted with third-generation, thermal imager-based gunner and panoramic commander sights, a modern fire-control system, and an automatic target tracker. 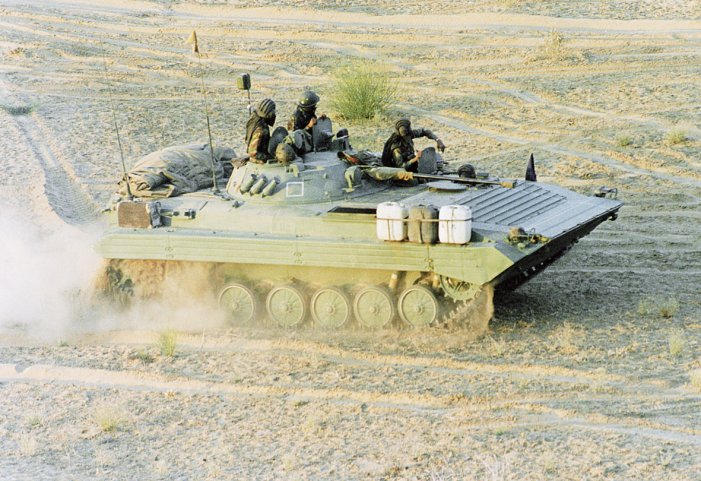 The IA has invited EoIs from local vendors by 16 October regarding the planned upgrade of 811 of its BMP-2/2K ‘Sarath’ ICVs (similar to this one). (V K Singh/Indian MoD)

The service noted that the upgrades will be carried out under the Ministry of Defence’s (MoD’s) Defence Procurement Procedure-2016, and indicated that all the add-ons will be required to feature at least 40% indigenous content.

Each of the shortlisted vendors, which the IA referred to as “development agencies “(DAs), will eventually be provided with one BMP-2/2K to integrate their respective systems. Industry officials said the prototypes are likely to undergo trials some 24 months after the DAs are selected.

In a rare admission the IA said that its BMP-2/2Ks have been “night blind” and that their sighting systems, which are based on image intensification technology, are “not fit for modern day warfare”.

Moreover, it said that the lack of modernised fire-control and automatic tracker systems have “adversely affected” the platform’s day and night-fighting capabilities.

The Indian Army (IA) has invited expressions of interest (EoIs) from local vendors by 16 October reg...