The Indian Ministry of Defence (MoD) has issued new guidelines that support its efforts to maximise the local defence industrial base’s involvement in defence production programmes.

The measures, published in a notification in late August, are aligned with an earlier revision of an Indian public procurement order that seeks to ensure preference is given to goods and services that have more than 50% local content.

This order, which was updated by the government in June 2020 in line with efforts to boost the economy, is known as the ‘Preference to Make in India’ directive and is intended to “promote the manufacturing of goods and services in India, with a view to enhance income and employment” across all industrial sectors. 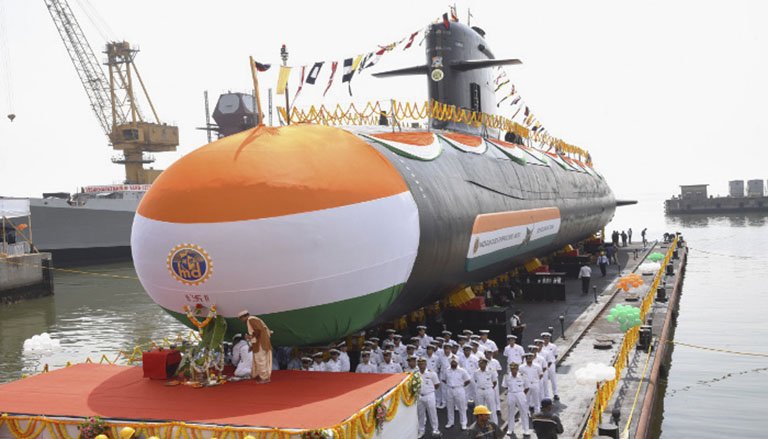 India has issued guidelines that seek to enhance the local content in military platforms including Kalvari (Scorpène)-class submarines (pictured) being built for the Indian Navy. (Indian Navy)

The MoD said that its new notification aligns requirements in previously published defence procurement guidelines with definitions in the updated ‘Preference to Make in India’ directive for different classes of local suppliers.

The Indian Ministry of Defence (MoD) has issued new guidelines that support its efforts to maximise ...

The Indian Ministry of Defence (MoD) has approved a move to ensure that at least 15% of procurement ...