China’s Yunzhou Intelligence Technology (Yunzhou Tech), a Zhuhai-based company specialising in the design and manufacture of unmanned surface vehicles (USVs), has debuted a new armed USV development at the IMDEX 2019 maritime and defence exhibition held in Singapore from 14 to 16 May.

The L80 USV is specifically designed for inland waterway operations and adopts a narrow aspect wave-piercing trimaran hullform measuring 12.12 long, 3.8 m wide, and 1.62 m tall, which makes the design the company’s largest yet. The USV’s hull is constructed from fibre-reinforced plastic that has been optimised to suppress wake generation, while its average draft of 0.45 m when fully loaded enables it to dock and manoeuvre close to riverbanks. 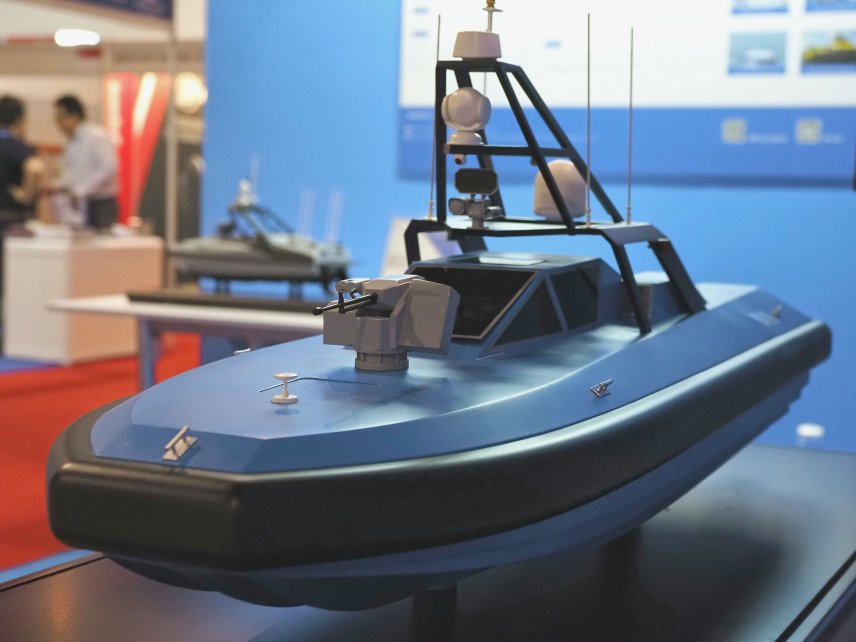 A model of the L80 unmanned surface vehicle, a brown water platform that is currently under development. (IHS Markit/Kelvin Wong)

The L80 will be fitted with a twin waterjet propulsion system with reverse bucket for improved manoeuvrability, which will also enable it to reach a maximum speed of 38 kt, and its maximum range is estimated to be 273 km at a cruising speed of 26 kt.

“The reduced wake is an important consideration in the narrow confines of most rivers because we do not want to create waves that may rock or destabilise the small boats that ply these waterways,” a company spokesperson told Jane’s .

According to Yunzhou Tech, the L80’s payloads can include a forward-mounted remote weapon station (RWS) armed with a 12.7 mm heavy machine gun or precision-guided missile launcher depending on the threat, although it can also be equipped with non-lethal effectors such as a long-range acoustic device (LRAD) or dazzler. 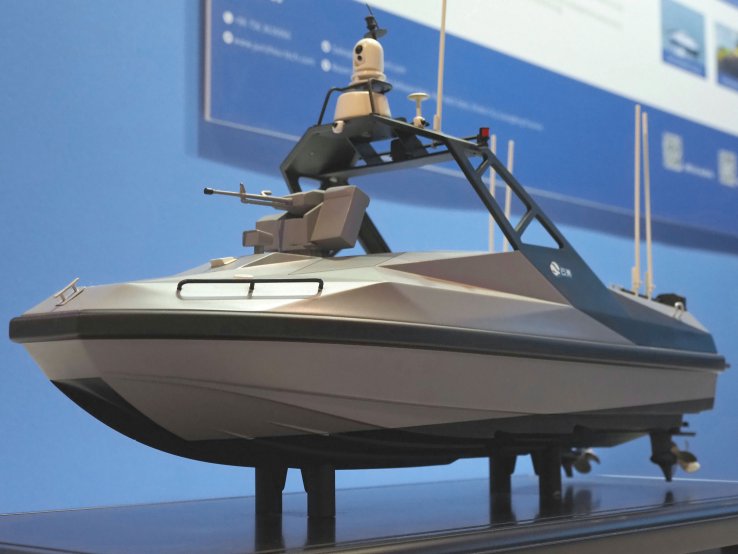